Base BMW 7 Series gets glammed up with Individual options 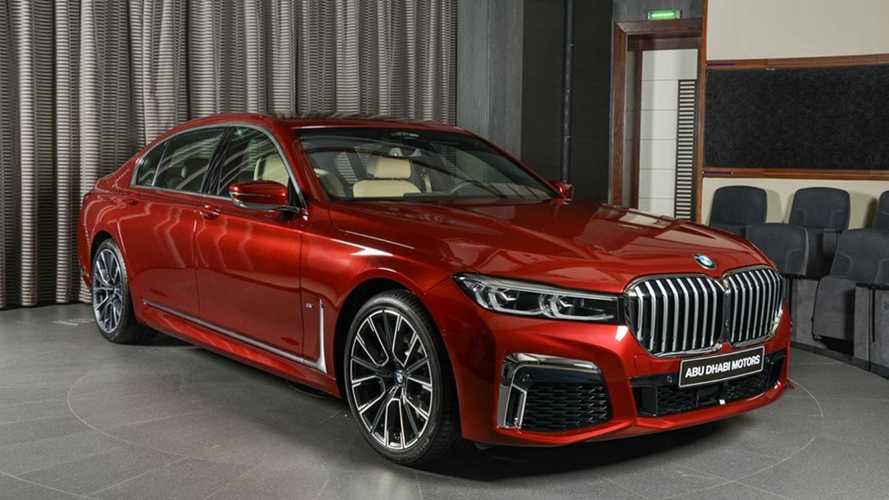 Even though this 7 Series has a small engine, it's big on style.

The BMW Individual programme is like a candy store for grown-ups. With enough cash, they'll build just about anything, in almost any colour combination you can imagine (and a few you haven't).

Shared on Facebook by BMW Abu Dhabi Motors, this 7 Series was built especially for someone in a beautiful, subdued copper red over tan colour combination. According to BMW Blog, this colour is called Aventurine Red II Metallic.

Inside, this special BMW has a two-tone beige and black interior, with special silver-rubbed poplar wood grain trim that, combined with the tan leather, lends the interior a light, airy, open look.

What's most interesting to us, however, is what's under the bonnet. While you would expect this sort of attention to detail on, say, an M760Li, this car is, in fact, a lowly 730Li – the four-cylinder model.

You might expect the small, 2.0-litre turbo four to be ill-prepared to carry the heft of the massive, long-wheelbase 7 Series. You'd be wrong, though – with 255 bhp and 295 lb-ft of torque on tap, this pint-sized powerplant is capable of propelling the 730Li to 60 miles per hour in a mere 6.3 seconds.

That's a surprisingly impressive performance for such a small engine in such a massive car. It's good news for those who live in countries that levy a tax on vehicles based on displacement. While we're not sure how the car ended up in the United Arab Emirates, we must admit, it's very pretty.