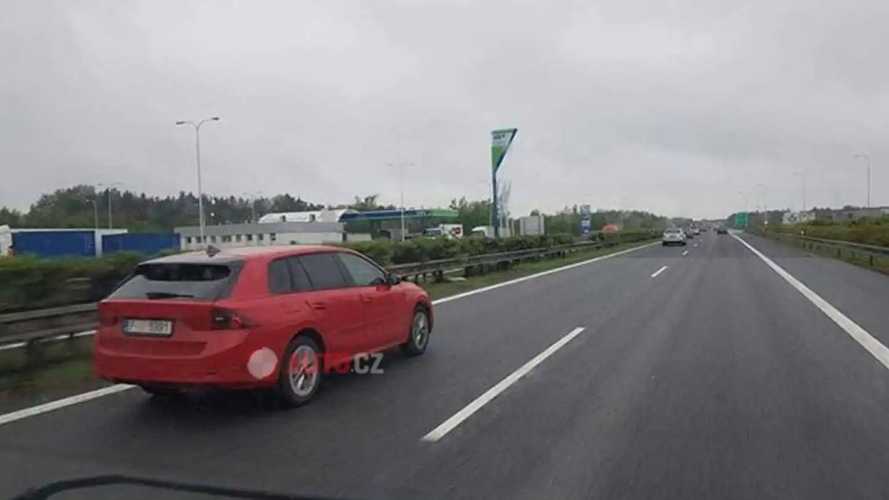 The current Skoda Octavia was part of Volkswagen Group’s original wave of MQB products about seven years ago, along with the outgoing SEAT Leon, Audi A3, and the VW Golf. Multiple spy shots have shown all these cars are about to transition to the next generation, and we know for a fact the hatchback from Wolfsburg will premiere in October. The jury is still out on when the others will debut, but we’re expecting to see all of them before the year’s end.

As a matter of fact, Skoda announced not long ago plans to introduce the Octavia IV sometime this year, and new spy shots taken on a highway in the Czech Republic indicate the reveal is not that far away. The quality of the adjacent images is not exactly great, but these new shots still give us the best look yet at Mladá Boleslav’s best-selling car in the more practical estate body style. In typical Skoda fashion, there are layers of camouflage finished in the same coluor as the actual body panels to trick you into believing the test vehicle is almost undisguised.

There’s definitely some tape applied on the tailgate to partially hide the taillights as well as the “SKODA” lettering set to replace the corporate logo. Up front, the grille seems to be visibly wider and slightly slimmer compared to the current model, while the much-criticized dual headlights will be replaced by a conventional set. Skoda slapped on some gray tape on the bumper to try and make the headlights look like those of the Superb, but they’re not fooling us. In addition, that horizontal strip of daytime running lights also akin to the company’s flagship model in the forthcoming facelifted guise is probably fake as well.

The new Octavia is coming:

As with just about every other next generation of a car, the Octavia IV could grow in size furthermore to distance itself from the Scala. Rumour has it the increase in footprint and the updated MQB underpinnings will enable Skoda to increase the cargo volume by 20 litres for both body styles, so 610 litres for the hatchback and for 630 litres for the estate spotted here.

Celebrating the model’s 60th anniversary this year, the new Octavia will be “state of the art” as per a statement made by the brand’s sales and marketing boss, Alan Favey. We should be able to learn more about the car in the following months as the premieres of the heavily related A3, Leon, and Golf will give us an idea about the oily bits and whatnot.