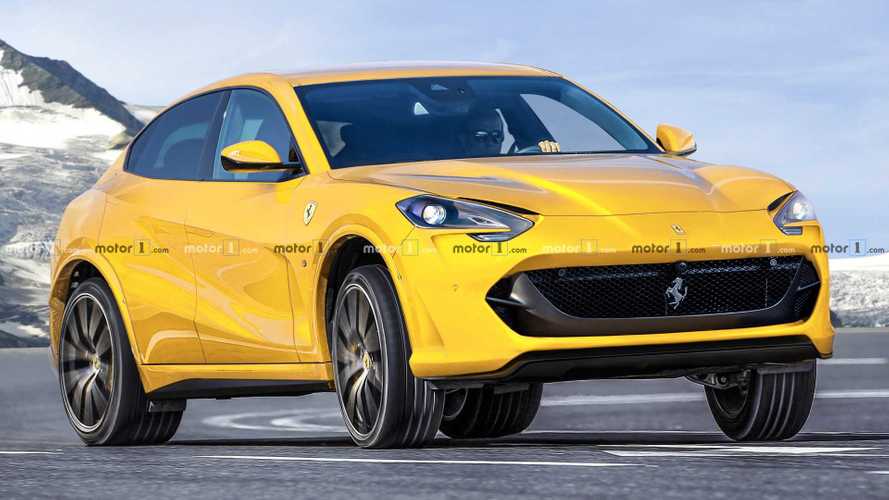 The super-SUV wars are heating up.

Purosangue. A name that will soon change the automotive landscape forever. This will be the name of Ferrari’s first-ever high-riding model, which should arrive at some point in 2022. While that’s still at least two years away from now, we can now offer you a glimpse at the design of the super-SUV.

The rendering you see above depicts a sport utility vehicle based on Ferrari's new Front Mid Engine Architecture. Obviously, it will share a lot of design cues with the rest of Ferrari’s lineup but it will also feature some unique styling solutions like the C-shaped headlights and pop-out door handles hidden into the doors. Of course, this digital interpretation is based on information from insiders but things could change during the development process.

Everything we know about the Purosangue so far:

Underneath the sexy body, the Purosangue will hide a front-mounted engine that will be behind the wheels, and a dual-clutch gearbox will be at the rear. As to what motor Ferrari will use – it’s too early to say, but we’ve heard rumours about a hybrid system with one or two electric motors for additional torque and better weight distribution.

One thing we know for sure – the SUV, crossover, high-riding supercar or whatever you want to call it, will be named the Purosangue, which is the Italian word for “thoroughbred.” We know many of you wonder what the proper pronunciation of this name is, and our colleagues at Motor1.com Italy told us it’s PUR-o-SAN-gue with emphasis on PUR and SAN.

And last but not least, make sure not to use the term SUV when referring to the model. During a presentation last year, Ferrari’s CEO Louis Carey Camilleri said he doesn’t want to hear that word “in the same phrase as Ferrari." Be careful.