Getting up close and personal with Sweden's latest hypercar.

The Koenigsegg Jesko is the latest and greatest hypercar from the Angelholm-based automaker. It debuted during the 2019 Geneva Motor Show in March this year with big promises of breaking the 300 miles per hour (483 kilometres per hour) barrier. There’s no denying the Jesko, named after the father of Christian von Koenigsegg, is a true technological masterpiece and a new 21-minute video provides a comprehensive walkaround tour shinning more light on some of its key characteristics.

It comes from DragTimes channel on YouTube which recently visited a new Koenigsegg dealer in Florida. There, the folks had the chance to spend some time with one of the two editions of the Swedish hypercar. More precisely, this is the so-called track edition which is meant for use on track days. The other version is all about top speed and breaking the 300-mph (483-kph) mark.

All you need to know about the Jesko:

Koenigsegg Jesko sold out before the Geneva Motor Show ended
⠀

Top Gear takes a tour of the impressive Koenigsegg factory

The video starts with a tour of the engine bay where the new nine-speed automatic gearbox is also located. You can also check out the rear Triplex Suspension (the same suspension layout is also used at the front) which ensures the vehicle stays absolutely stable even when you floor it to unleash the car's full potential. One super intriguing detail is that Koenigsegg puts its logo on so many parts, including the transmission solenoids and little suspension arms. The attention to detail is just incredible.

Another very interesting thing we learned from the video is that the first deliveries of the Jesko are scheduled for 2023. Bear in mind that all 125 examples planned for production are already spoken for and production should begin in about two years’ time from now. Koenigsegg produces all components of the Jesko in-house at its Angelholm factory, excluding the tyres. 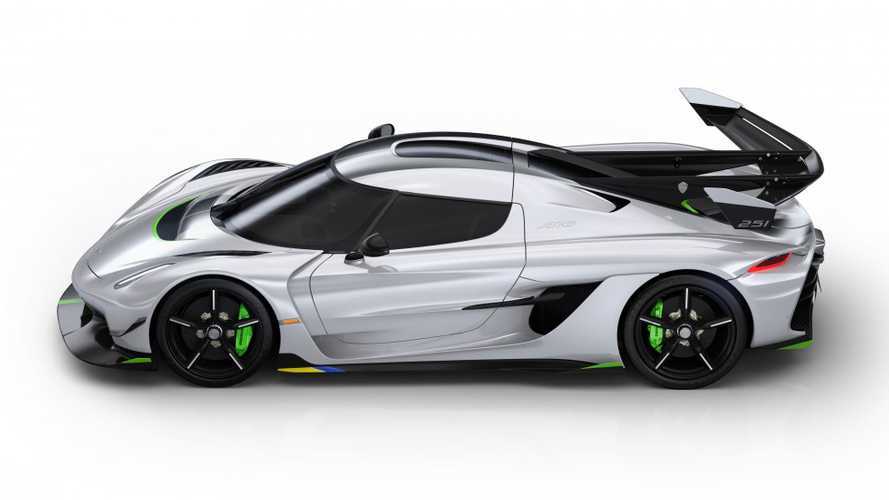