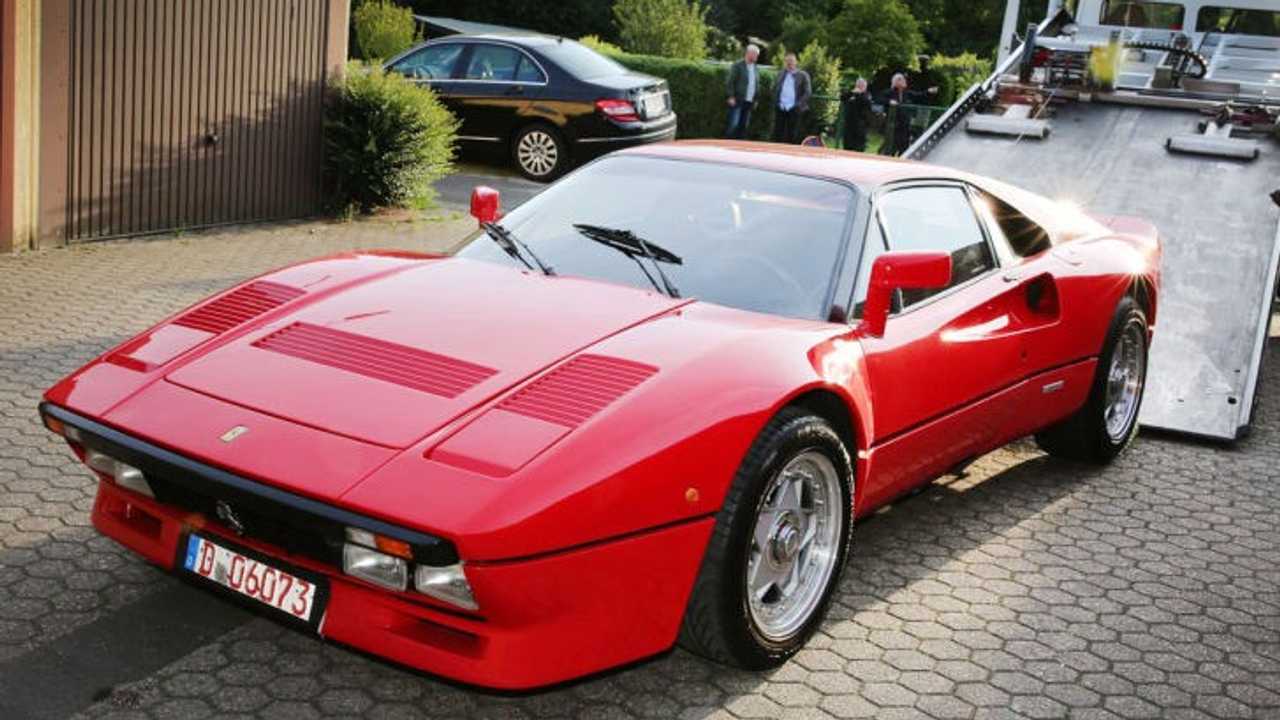 The car has been recovered but the criminal remains at large.

An opportunistic criminal used a test drive as the perfect opportunity to get his hands on a Ferrari valued at £1.7 million.

The crook arrived at a dealership in Düsseldorf by taxi looking to buy an ultra-rare Ferrari 288 GTO, but while on a test drive he made away with the valuable vehicle.

Check out this legendary 288 offspring

According to the BBC, when the time came to swap drivers, the seller hopped out of the car, but before he had chance to get in the other side, the so-called 'buyer' had raced away with the car.

Thankfully, stealing a distinctive car in the age of the internet is one of the daftest things you can do – thanks the a witness appeal, the car was quickly tracked down to a garage in the town of Grevenbroich, about 20 miles from Dusseldorf.

While the car has been recovered, the unsuccessful criminal remains a wanted man.

The failed Gone in 60 Seconds tribute act was never likely to work out. Bernhard Kerklo, the managing director of the dealership selling the car, warned that the collector car was "too flashy" to sell on the open market.

This particular example is even hotter than most already scorching 288s, because this one was owned by Eddie Irvine, who drove for Ferrari in Formula 1 between 1996-99, winning four races and coming close to claiming the 1999 world championship crown. A number of other F1 drivers also owned 288 GTOs, with Michele Alboreto, Keke Rosberg, and Niki Lauda – who was given the last one ever made – all having their own 288 GTOs.

Only 272 288 GTOs were built between 1984-87. It was built as a homologation special for Group B racing, but the track-ready version of the car never competed, because the proposed Group B track racing series was scrapped before it took off.

It would've been a potent racing car though, with its 2.9-litre twin-turbo V8 churning out 395 bhp in road-going trim, helping it to 60 mph in five seconds, and onto a top speed of around 180 mph. Weight is low, too, at 1,159 kg thanks to a combination of fibreglass, kevlar, and carbon fibre used in its construction.

The 288 GTO was succeeded by the legendary F40 later on in the 1980s, which was the final car company founder Enzo Ferrari signed off.