Subaru's Levorg small estate car has been updated for 2019 with the arrival of a new engine, updated styling and fresh technology.

The family wagon has received a little cosmetic surgery, with a new front bumper, new grille and an updated design for the 18-inch alloy wheels. The headlights have been changed, too, with new designs courtesy of the steering-responsive LED clusters, while the foglights have also been upgraded to LEDs.

More on the new Subaru Levorg: 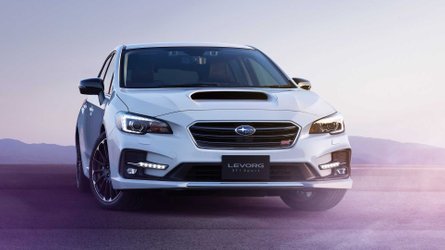 Subaru Levorg STI Sport is the estate we want, but can’t have
⠀ 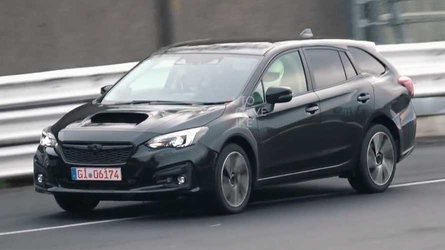 Inside, the changes are a little more subtle, with a revamped instrument panel, new door trims and lightly modified switchgear. There’s a new driving seat, too, with power-adjustable lumbar support included to make it more comfortable on long journeys. Further back, the usability of the boot has been improved with the introduction of 40/20/40 split folding rear seats, which allow the customer to tailor the cabin for carrying longer items.

Customers also get a seven-inch colour touchscreen infotainment system that includes the Apple CarPlay and Android Auto smartphone connectivity software, as well as satellite navigation. And the tech innovations don’t stop there, because Subaru has fitted the latest version of its EyeSight safety systems.

As standard, you get adaptive cruise control, lane departure warning and an autonomous emergency braking system that slams on the anchors if it detects an impending accident. As before, blind spot monitoring and a reversing camera also feature, although Subaru has improved on them with a front camera and a “smart” rear-view mirror, which the company says will “improve visibility in areas that would ordinarily be obstructed from view”.

All that comes included in the £30,995 asking price, and because there’s no option of more luxurious trim levels, that’s pretty much your lot. You don’t even get a choice of engines, leaving you stuck with Subaru’s new 2-litre petrol unit.

Unlike many modern engines, this one does without a turbocharger, so it produces 148 bhp and 146 lb-ft of torque. All that is fed to each of the four wheels via Subaru’s Lineartronic CVT automatic gearbox and a symmetrical four-wheel-drive system. The result is a top speed of 121 mph, while the car will return 32.6 mpg. Those looking for a company car will find the CO2 emissions stand at 167 grams per kilometre, putting the Levorg in the top-end 37-percent tax bracket.

And the engine isn’t the only mechanical change. Subaru says it has “fine-tuned” the Levorg’s suspension to improve the ride, but the company claims the car also has “responsive handling”. Whether that’s true remains to be seen, but we won’t have to wait long to find out. The newcomer will arrive in UK dealerships in July.