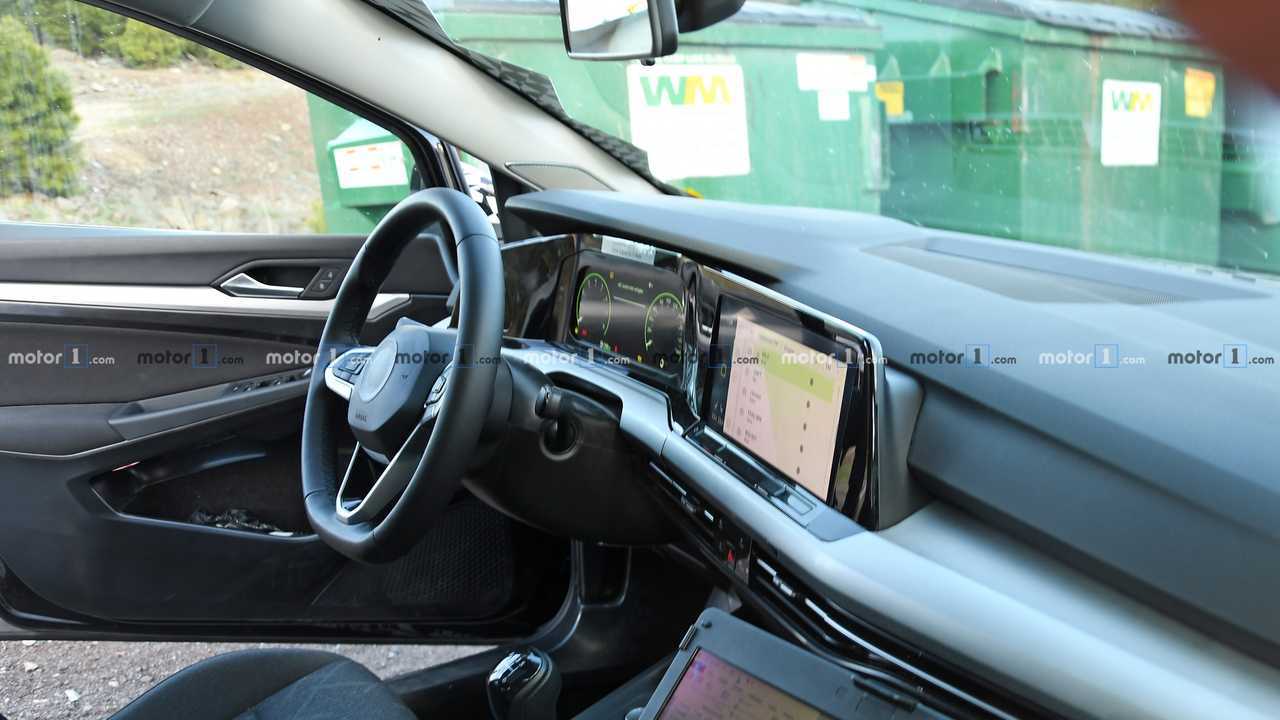 It's a digital revolution.

When you're an automaker with a vehicle as popular as the Volkswagen Golf, there’s reason for concern any time a significant change is in the mix. We’re not suggesting these latest spy photos of the next-gen Golf are cause for concern – if anything the designers in Wolfsburg are treading very conservatively with the hatchback's exterior redux. It’s a completely different story inside, as these fresh spy shots show us in living colour for the first time.

When in doubt, Golf:

The timeliness of these spy shots is quite interesting, as we covered a couple of teaser photos from VW less than 24 hours from this posting that glimpsed the hatchback’s new digital interior. A digital cluster is currently offered on the Golf R, but for the next-generation, it will be offered in other trims as well. The fresh photos mirror the teaser sketch in almost every way, with the instrument screen and centre infotainment screen sharing the same horizontal space in the redesigned dash.

There are far fewer buttons – presumably most of those functions will migrate to the touchscreen – but we can see a separate touch slider beneath the centre screen that appears to control the temperature. The exact spec of this Golf isn’t known, but the relatively small tyres and manual transmission suggest it’s on the lower side of the spectrum. If that’s the case, VW is certainly taking its compact to a new level, something the automaker said recently in its Annual General Meeting.

Meanwhile, the new Golf will hold a familiar shape outside with the most prominent changes coming to the front fascia. This particular prototype is thick with camouflage wrap, but previous sightings have shown considerably more skin. It would seem the goal here is to have an evolutionary update outside, with a revolutionary change inside.

The full realisation of those changes will come in September, as that’s when VW will officially reveal the next-generation Golf.