Warning: This is a bit painful to watch at first.

Supercar owners are going a bit crazier, day by day. We thought we've seen it all – Bugatti Veyron going off-road, a Miura on the snow, and a Ferrari F40 drifting in a farm. Apparently, we've only scratched the surface.

This video from TheTFJJ on Youtube is a bit unsettling simply because of its main subject: a Ferrari LaFerrari doing grass donuts and going over puddles at speed. Kind of reminds us of a Ferrari FF before that was seen playing on grass like a hi-jacked lawnmower.

With a screaming 6.3L V12 and KERS system at the back that make a combined output of 950 bhp and 664 pound-feet of torque, the LaFerrari could easily play on the grass and dance to whatever music is on.

In another part of the video, the LaFerrari was seen going over shallow but muddy puddles without any care at all. In fact, it looked like the driver enjoyed that part too much. What a way to savour "The Ferrari."

Supercar owners who had a lot of fun with their prized machines: 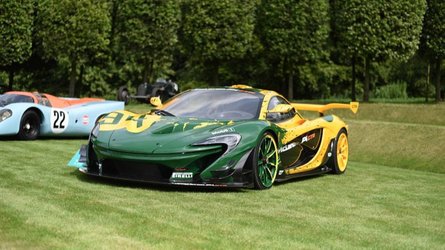 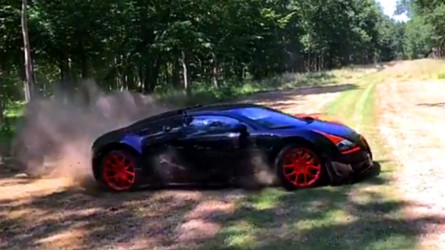 To each his own, as the cliche goes, but we can't help but feel awful with the abuse that the LaFerrari endured. Although, we feel a bit cognitive dissonant about the fact that the owner of the supercar is probably having so much fun while making some grass donuts. It's a car that's being put to good use and not just stored in a fancy garage, which is actually a good thing.

For us car guys, this video seems a bit painful at first but it transcends towards becoming oddly satisfying as you repeat the video. Well, as long as it's not our car, then, by all means, play on wet grass all you want and we'll be here watching.