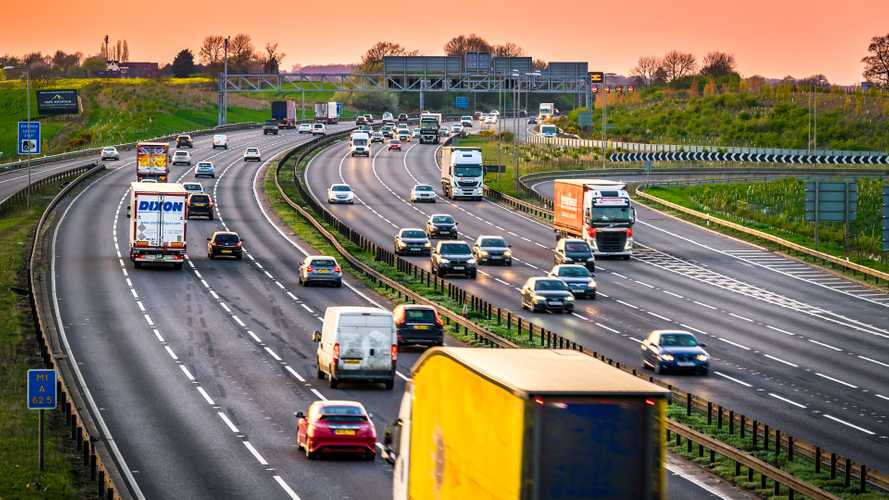 Government estimates show overall traffic levels increased, but not by much.

More on traffic congestion in the UK:

Although that figure represents a 300-million-mile increase on 2017’s motorway miles, it’s only a 0.5 percent increase. And it’s a mere fifth (21 percent) of the 328.1 billion miles covered by all traffic on all roads.

The remaining third of the country’s road traffic is shared among the minor roads, which make up 87 percent of the total network, yet only carry 34 percent of the traffic. Interestingly, minor-road traffic is the only part of the network to record a reduction in traffic levels compared with 2017, although the drop is only minor. Last year saw rural minor roads accounted for 0.7 percent fewer miles travelled than in 2017, while urban minor roads saw mileage fall by 1.7 percent.

In terms of transport methods, though, the picture has changed noticeably. Cars and taxis still account for almost eight in every 10 miles covered by British drivers (78 percent), with lorries, buses, motorcycles and vans making up the remaining 12 percent. However, vans have taken on more of the load in 2018, setting a record mileage of 51 billion - up by 0.9 percent on 2017’s figures. Pedal-cycle traffic has also increased, with the 3.3-billion-mile total up 1.8 percent on 2017.

RAC head of roads policy Nicholas Lyes said it was intriguing to see changes in the way we cover the miles.

“While the number of miles travelled on our roads hardly changed in 2018 compared to the previous year, but interestingly the forms of transport used has,” he said. “Van traffic, despite experiencing slower growth in 2018, still saw a slight increase which sets a new record high. Cycling miles also rose and is now 34 percent above what it was 25 years ago, but there has been a continued decline in the number of miles travelled by buses and coaches. That is particularly worrying in an age when, as a society, we are trying to get people to use public transport more.

“Car traffic, while stable, is at an all-time high, as is use of the strategic road network, which now carries more than a third of all motorised traffic in England despite only accounting for 2.4 percent of all roads, highlighting just how valuable it is to Britain’s economy. This also serves to emphasise just how important the government’s promised Road Investment Strategy and ring-fenced funding will be in providing extra capacity and more reliable journeys.

“And, it won’t come as a surprise to many who have experienced the western half of the M25 that this is the busiest stretch of road on our network. In peak hours, this often looks more like a car park than it does a motorway.”