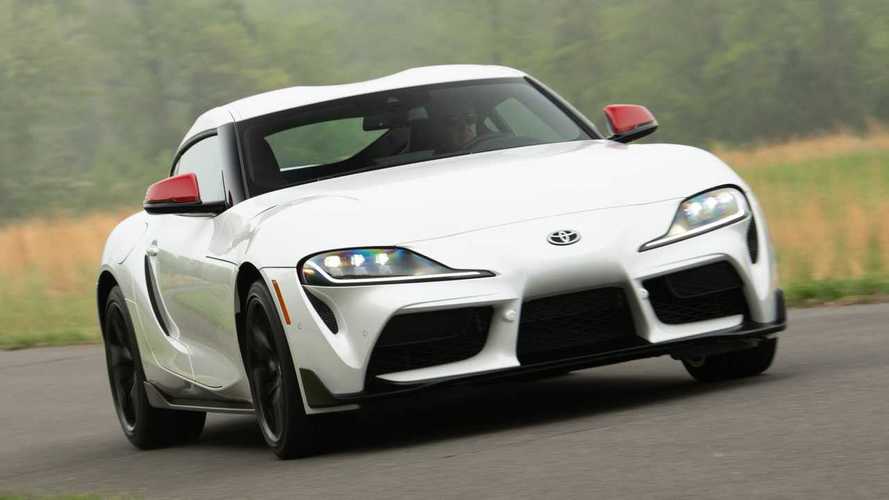 That's quicker than the manufacturer estimate.

In a Car And Driver test, the Supra hit 60 miles per hour in 3.8 seconds. That's right, 3.8 seconds. That number marks a modest 0.3-second improvement from Toyota's early estimates and makes the Toyota 0.1-second quicker than the inline-six powered BMW Z4 (U.S. market model) on which it's based (3.9 seconds). Though the two cars share the same turbocharged 3.0-litre inline-six engine, the Supra's 335 bhp and 365 pound-feet of torque are 47 horses and four lb-ft down on the BMW Z4.

In a quarter mile sprint, the Supra clocks a time of 12.3 seconds at 113 mph, according to the publication. Braking from 70 happens in just 45 metres (148 feet), and with its super wide Michelin Pilot Super Sport tyres, the Supra averages 1.07 G on the skidpad, besting both the Porsche Cayman GTS and BMW M2 just slightly in the same C&D test.

All things considered, the Supra puts down some impressive numbers.