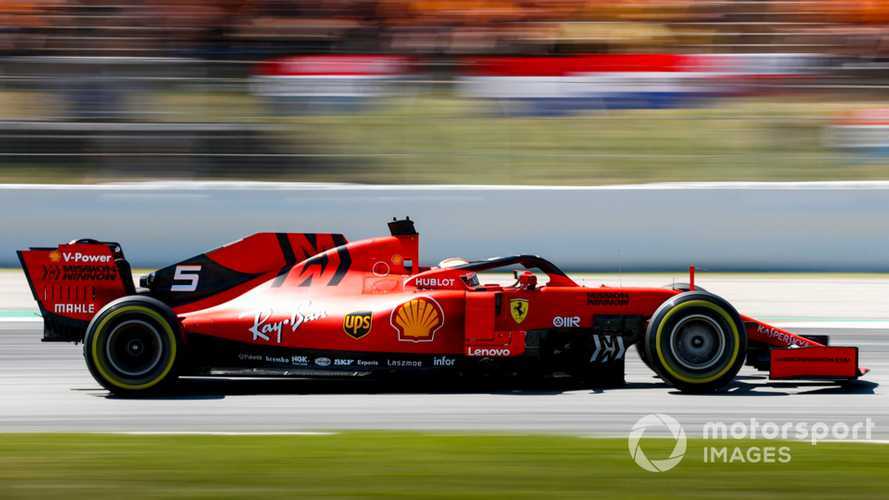 Ferrari has admitted that it may have got its car concept wrong this year, in the wake of its Spanish Grand Prix defeat.

The Italian outfit had hoped that an aerodynamic and engine upgrade introduced for Barcelona last weekend would help lift its form and allow it to beat Mercedes.

But it endured another tough weekend as Mercedes was untouchable and it failed to finish on the podium after Max Verstappen grabbed third place for Red Bull.

Ferrari team boss Mattia Binotto said an investigation was now under way to get to the bottom of its struggles, as he says the team may have to concede that the concept it adopted this year was wrong.

When the 2019 cars were launched, Mercedes and Ferrari took totally different paths with their front wing designs. Mercedes had opted for a high-downforce solution, while Ferrari had taken a route to better manage outwash and improve efficiency.

But with Ferrari aware that it was slower on all corners in Barcelona, it now has to urgently address what has gone wrong.

"We are losing a lot in each corner, not only in the last sector, it is each single corner we are slow," said Binotto. "[There is] quite a lot of understeer. Is that only downforce or is it more than that? That is something that we really need to analyse and understand.

"Any conclusion today will be a wrong conclusion. It will take some days to really have a proper analysis and try to understand: is it a matter of balance, is it a matter of downforce, is it maybe even car concept? I don't know. I think we do not have the answer and I would like not to go through it."

Earlier this year, when Mercedes appeared to be having difficulties in testing, the team said it would months to switch to another concept with his car.

That timescale would dent Ferrari's hopes of a quick fightback, but Binotto believes that action can be taken this year.

Asked if it would be a disaster if the team finds it got its concept wrong, he said: "I don't think it is a disaster by the time that you are improving as a team. And as I often say, we are a young team, we are learning on a learning phase.

"I think that in terms of process and methodology there is still much to learn and I am pretty happy by the time the team is improving. If it is a concept design then it obviously depends what it is, but I think there are things that you may address within a season."

Mercedes team boss Toto Wolff thinks that an explanation for the turnaround in form from testing to now may be explained by how the higher downforce concept allows room for more development without upsetting the car balance.

"I think it's definitely an interesting thought, because when you see who was in the front in winter testing it's very different to the ones that are in the front today - even if you look at the fights in the midfield," he explained.

"It was two different aerodynamic concepts and maybe there is a certain truth in it. But then there is never one question and one answer in Formula 1, or a silver bullet that justifies good or bad performance. I think it is about developing the car, keeping the development slope high."