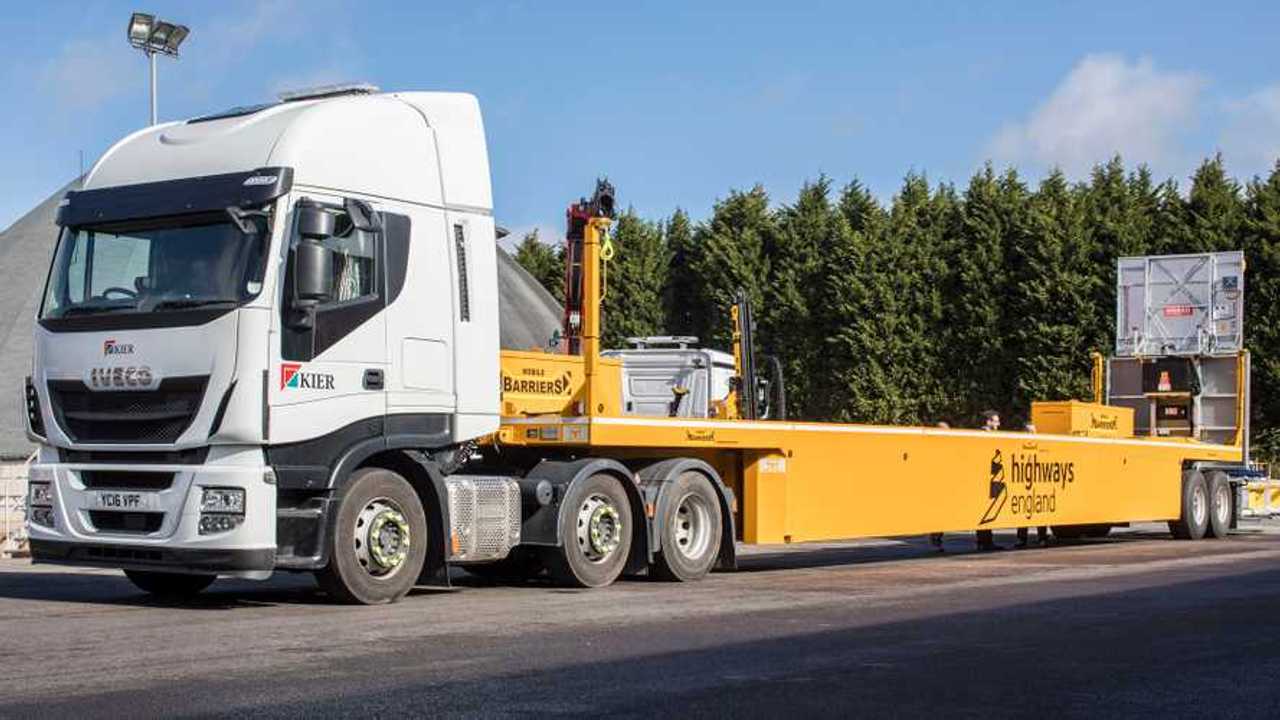 It's the latest in a range of new schemes to cut congestion.

Giant mobile safety barriers are now being used at roadworks in the West Midlands in a bid to reduce congestion caused by laying cones.

Highways England, the government-run organisation in charge of the country’s motorways and major A-roads, has introduced 16-tonne safety barriers that can be towed by a truck as an alternative to cones. The organisation says this will reduce the amount of time work takes to complete by removing the need to lay cones, while also offering workers more protection.

The two barriers, which have been brought over from the USA, are a massive 70 feet (21.3 metres) long, and were originally intended for military use, protecting people from roadside bombs. But Highways England says the barriers are also capable of protecting motorists unfortunate enough to be in an accident. Energy from impacts with the face of the barrier will be absorbed by the structure, while there’s also a so-called ‘crash cushion’ at the back.

It’s the latest in a line of roadwork-related innovations recently announced by Highways England. Over the past few weeks, the organisation has announced trials of autonomous dump trucks at roadworks, as well as new contraflow layouts for roadworks in the north of England.

Martin Bolt, who is heading up the innovation projects for Highways England, said the barriers would help both workers and motorists.

“These projects demonstrate how emerging technologies, new materials, and ways of working can help improve safety and journeys on our network,” he said. “The mobile barriers, which are being used for the first time in Europe, are an innovative way of looking at how we can increase protection for road workers.

“And they’re helping customers too, because the faster we can get the work safely done the better people’s journeys will be. Together with our partners we are demonstrating that we can make great improvements both to people’s journeys and communities and the environment around our network.”

Dave Wright, executive director of Kier Highways, the company that supplied the barriers, added: “As a company, we’re committed to working with our partners to ensure we continuously develop technology that improves safety on the road for both road workers and users. We’re hugely passionate about this, and our improvements team is constantly looking at ways to innovate and pioneer new products that go towards this aim. Our main priority is to make sure everyone gets home safely at the end of the day and we look forward to expanding mobile barrier across our other UK contracts.”