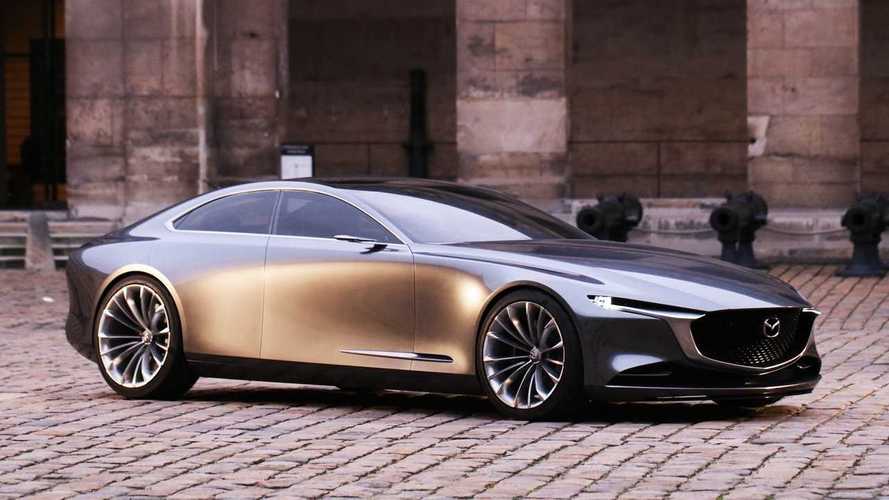 That could mean a move upmarket for the brand.

Mazda is making moves. The brand-new, appreciably better 3, and upgraded 6 saloon and CX-5 crossover, make the Mazda lineup more appealing than ever. But now the company promises something a bit out of the ordinary, but welcomed: build an inline-six.

In Mazda's March 2019 investor report, first uncovered by Jalopnik, the company quietly confirmed a new inline-six engine with Skyactiv-X technology and an inline-six Skyactiv-D diesel. That means Mazda might join other manufacturers (Audi, BMW, Jaguar, and Mercedes-Benz) in helping revive the engine. Page 26 of the presentation outlines those inline-six plans, as well as notes a few neat extras.

It's all part of what Mazda calls its "new-generation lineup." These products will roll out between 2020 and 2025 (supposedly), with the Mazda 6 the first to arrive with a rear-wheel-drive platform, an inline-six, and hopefully a look similar to the stunning Vision Coupe concept pictured here.

More Mazda news for the future:

Nonetheless, these major changes could mean a move upmarket for the brand in terms of pricing. With the new inline-six engine and rear-wheel drive, the 6 would compete more directly with cars like the BMW 3-Series and Mercedes-Benz C-Class.