Range Rover Astronaut Edition is out of this world 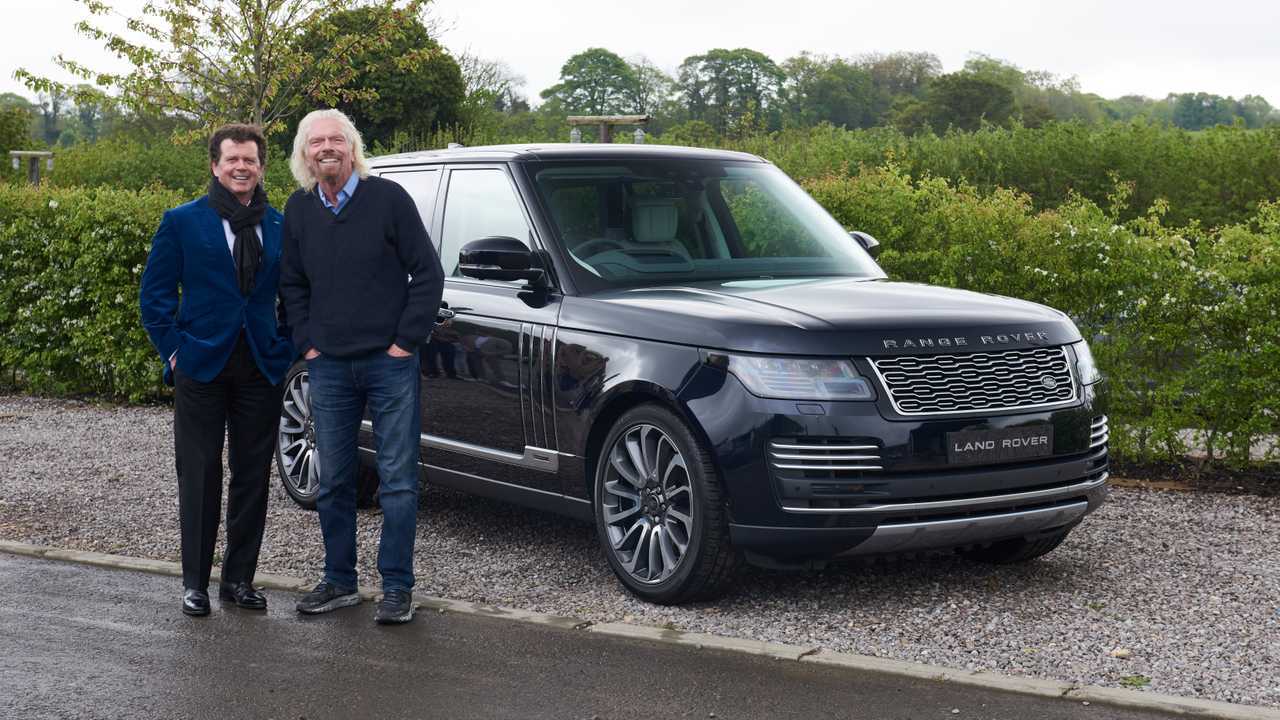 Virgin Galactic customers will have to make 'space' (sorry, couldn't resist) on their driveways...

More on the flagship Range Rover:

Available solely to the so-called "future astronauts" - those who have signed up to fly with Virgin Galactic once it's spacecraft is ready - the Range Rover Astronaut Edition features a range of external and internal tweaks to make it stand out from the crowd.

The most obvious touch is the unique Zero Gravity Blue paintwork, which has been designed to reflect the deep blue of the night’s sky, while more subtle features include the special Virgin Galactic puddle lamps housed beneath the door mirrors. The whole thing is finished off with a range of Astronaut Edition badges on the tailgate and side profile finishers.

Inside, the Astronaut Edition comes with a crafted part of the landing skid from the Virgin Spaceship Unity’s first space flight in December 2018. Land Rover’s Special Vehicle Operations (SVO) division has turned a part of the skid into the discs in the cupholders. One bears details of the space flight, while the other says “See you up there” - a phrase Sir Richard Branson regularly uses when addressing his future astronauts. Once the flight has been completed, these discs will be swapped with parts of the wooden landing skid from the customer’s flight.

Other bespoke features include a ‘DNA of Flight’ graphic on the carbon-fibre front console drawer lid and the leather rear armrest. Furthermore, the aluminium door handles are engraved with Virgin Galactic’s own future astronaut community pattern - a design that also features on the rear of the front headrests and metal letterbox panel design above the glovebox. Additional personalisation options include stitching the future astronaut’s initials onto the headrests.

Under the bonnet, customers will be able to choose between Land Rover’s well-documented 5-litre supercharged V8 petrol engine, which now bears the P525 moniker, or the new P400e plug-in hybrid. Teaming petrol power with an electric motor, that version provides 399 bhp and an electric range of 26 miles.

Gerry McGovern, Land Rover’s chief design officer, said: “Land Rover vehicles have been part of daily life for the Virgin Galactic team since the launch of the partnership in 2014. The Astronaut Edition Range Rover is the next step on this journey and the chance for the future astronaut community to celebrate our two brands’ shared values of pioneering spirit and true sense of adventure. This vehicle really will take them above and beyond.”

Stephen Attenborough, Virgin Galactic’s chief commercial officer, added: “Land Rover joined Virgin Galactic on its journey to space in 2014 and from the start, the collaboration has been underpinned by iconic design, engineering excellence and desire to push the boundaries of travel for the next generation. The Astronaut Edition has been crafted with that in mind, a meaningful and lasting embodiment of a shared vision. We could not be more excited to be able to offer this unique vehicle to our wonderful, global community of pioneering future astronaut customers.”