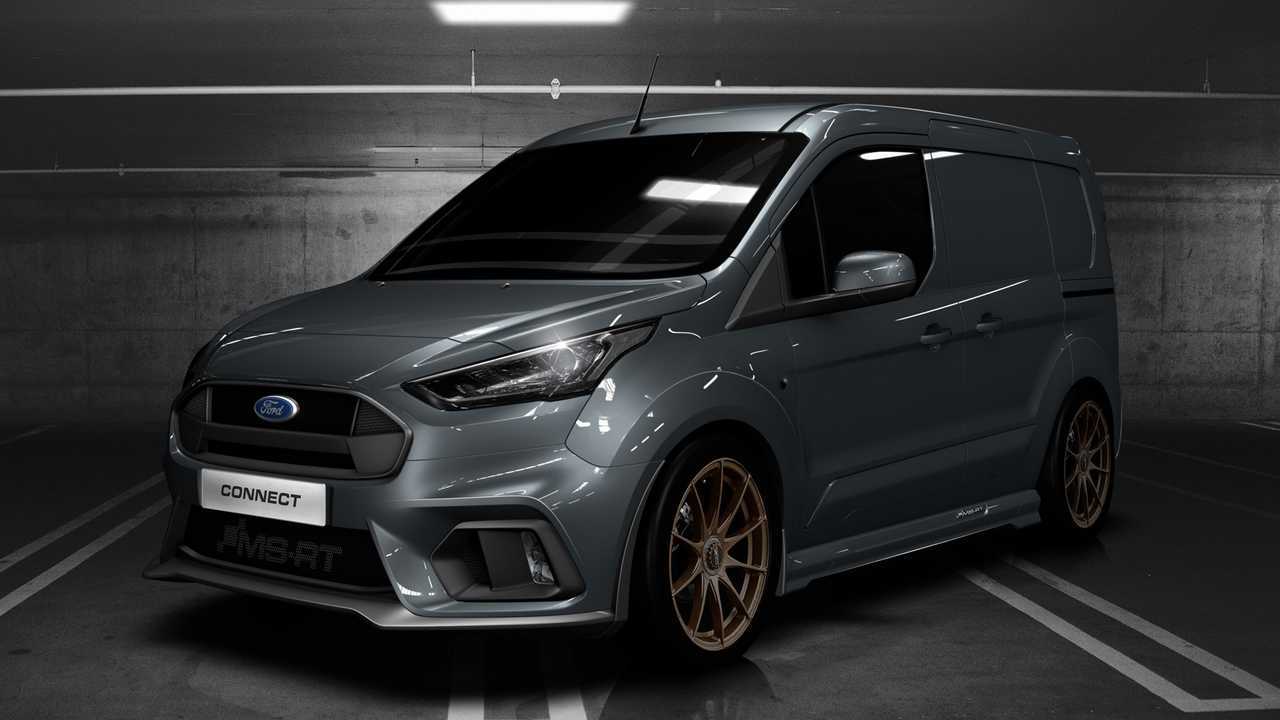 This uprated, sporty version comes with the same warranty as any other Ford van.

The humble Ford Transit Connect has been given a sporty makeover by Welsh tuning company MS-RT.

This Ford Transit is your all-in-one camper, daily driver, and work van

Based in Pontypool, near Newport, the company is better known for its work with the Ford rally team and its larger Ford Transit Custom MS-RT model. Now, though, it has turned its attention to the smaller Transit Connect to create what it calls “a commercial vehicle with genuine motorsport heritage”.

Like the Transit Custom, the MS-RT Connect gets a sporty body kit and performance enhancements, including a new race exhaust system and 18-inch alloy wheels from track-bred company OZ Racing. All the modifications have been designed to pass Ford’s Qualified Vehicle Modifiers (QVM) approval system, which means the vehicle comes with the same guarantees and warranties as a normal Ford van.

Externally, the styling kit and large alloy wheels are the MS-RT model’s biggest giveaway. The Welsh firm has built its own package of bumpers, spoilers and air vents specifically for the Transit Connect, giving the vehicle a more aggressive look that complements the four-tailpipe exhaust system. Inside, meanwhile, there’s a specially made leather and suede cabin with carbon inlays on the sports steering wheel.

Standard equipment includes LED loadspace lighting, a premium infotainment pack with nav and a reversing camera, bi-xenon headlights and twin side loading doors - all of which comes included in the price tag of £23,995. That buys you the six-speed manual model, although spending another £1,000 will get you the automatic version.

When the newcomer goes on sale this summer, MS-RT is also promising a range of optional extras that can be added to the standard specification. Bronze alloy wheels will be available, as well as a Maxhaust exhaust system, black tailpipes and a full-carbon steering wheel.

And at the vehicle’s September launch, the company will roll out 40 Launch Edition vehicles, each of which will come with Magnetic Grey paint, upgraded alloy wheels and a model-specific Launch Edition interior. A sticker pack and a limited-edition plaque will be thrown in, too, despite the vehicle costing no more than the standard van.

“We’ve enjoyed unprecedented success with the MS-RT Transit Custom, with the order books completely full since launch,” said MS-RT’s founding director, Edward Davies. “Our customers absolutely love their vans and the uniqueness of them, so we expect that the Connect will develop a similar following among those who want a commercial vehicle with genuine motorsport heritage, fantastic sports styling and a full manufacturer-backed warranty. We can’t wait to deliver the first Launch Edition models later this year.”