Honda confirms its new supermini will use the brand's i-MMD dual-motor hybrid system.

Honda’s next-generation Jazz supermini will feature a hybrid powertrain as part of the brand’s “electric vision”.

The Japanese company confirmed the news this morning, saying the new car, which will be launched at October’s Tokyo Motor Show, will use the i-MMD dual-motor hybrid system. It’s a set-up that has already been used in the latest-generation CR-V SUV, although it’s unclear whether or not the two powertrains will be identical. 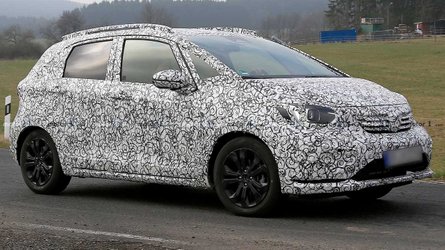 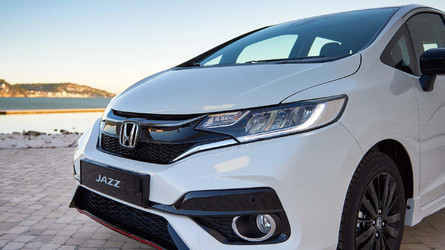 In the CR-V (below), the i-MMD system combines a 2-litre petrol engine with two electric motors to offer zero-emission electric power at low speeds, before flipping over to petrol power when the car speeds up. However, it seems likely that Honda will opt to combine the electrical system with a smaller petrol engine in the forthcoming, fourth-generation Jazz.

It will not be the first time Jazz buyers have had the opportunity to choose hybrid power, after the second-generation model was offered with the technology from the 2011 model year. However, with the introduction of the current, third-generation Jazz in 2015, the hybrid option was scrapped.

In a statement, Honda said the re-introduction of hybrid power to the Jazz range was part of its plan to offer an electrified (as opposed to electric) version of every model by 2025.

“Ahead of its 2025 electrification goal, Honda will expand the application of its i-MMD dual-motor hybrid system,” the statement read, “with the introduction into smaller segment cars an important first step.”

More details of the new Jazz are expected ahead of its debut at the Tokyo Motor Show’s press preview day, on October 23.

In the meantime, Honda fans will be able to rejoice in the news that the Japanese brand has finally announced the production name for its first fully electric car. Although it was revealed to the world as the Urban EV Concept at the Frankfurt motor show in 2017, it will go into production bearing the name ‘e’. A brief teaser image showed the moniker adorning the tailgate of the new model, which will look very similar to the car seen in Frankfurt two years ago.

Inspired by the boxy-but-cute lines of that family hatchback, the Honda e will feature retro bodywork and a rear-wheel-drive layout, which Honda claims will give the car “trademark Honda driving dynamics”. It is not yet clear when the car will arrive on UK roads, but Honda says it already has 6,500 “expressions of interest” for the car on these shores alone.