Maybach GLS rendering previews most expensive vehicle made in U.S. 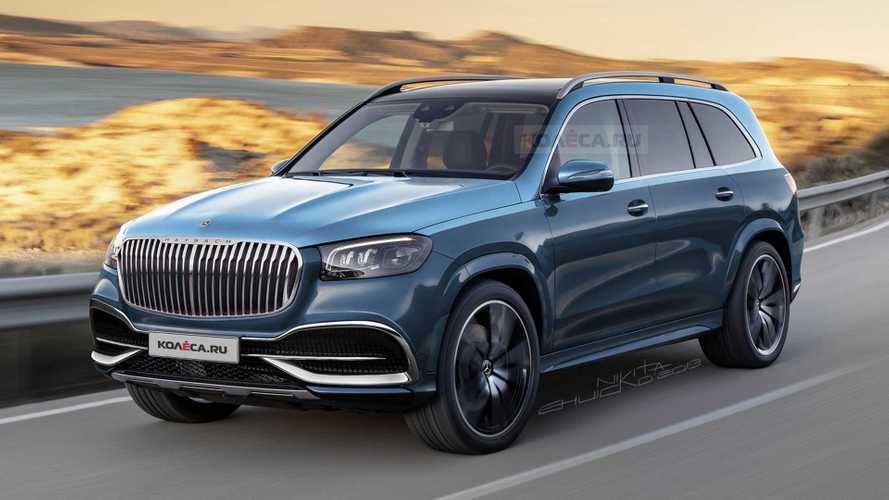 The new 2020 Mercedes-Benz GLS-Class is now official, having been revealed at the 2019 New York Auto Show. We know that an ultra-posh Mercedes-Maybach version is in the works as well – we’ve seen the spy photos, and recent Mercedes-Benz trademarks for several GLS models suggests at least some will befall the plush people mover. Between the spy photos and the Maybach Vision concept that debuted last year at the Bejing Motor Show, we have a pretty good idea how the production version is shaping up. Nikita Chuiko over at Kolesa.ru gives us a helping hand with these production-ready renderings of how the big Maybach might look.

Obviously, the new GLS-Class shape is easily recognisable, but a completely new front fascia and chrome grille that emphasises elegance set the Maybach apart from the rest of the class. The rendering from the rear further depicts minor stylistic differences that tend to de-emphasise the more sporting cues of the GLS-Class, specifically with smaller quad-exhaust outlets and more chrome. Though the wheels on these two renderings are depicted in motion, it’s believed the Maybach will sport a snazzy set of thin multi-spoke rims that further enhance the elegant, luxurious nature of the SUV.

What else do we know about the forthcoming Maybach? The big changes should come inside with an upgraded greenhouse that could feel more like a rolling lounge than a vehicle. Some of the prototypes we’ve seen also appear a bit longer, so an extended wheelbase version could be in the cards as well. Power should be ample with a twin-turbo V8 pumping out well over 500 bhp, driving all four wheels of course.

We also know it will be built in America, at the Mercedes factory in Alabama where numerous models including the outgoing GLS-Class are made. It’s expected to go on sale next year, and when it does, be prepared to pay no less than £150,000 for one. When that happens, it will be the most expensive production car assembled in the States.