Subaru Levorg STI Sport is the estate we want, but can’t have 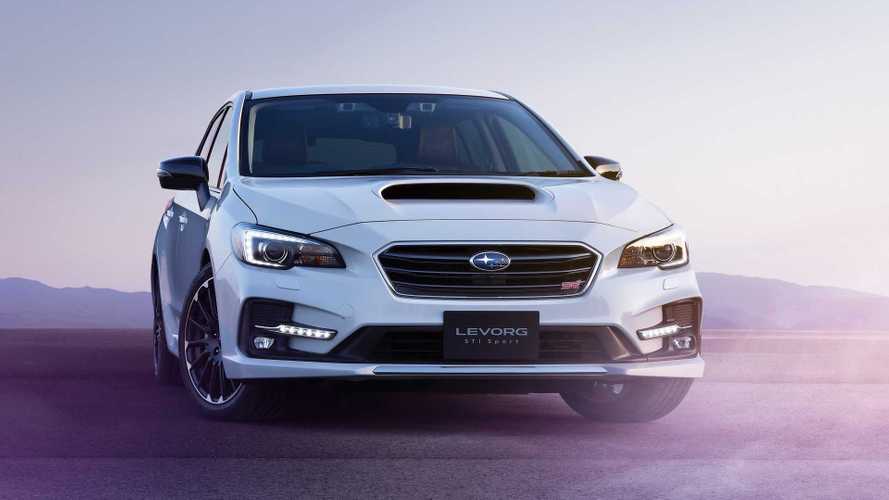 Sales in Japan will begin in June this year.

Subaru is already working on the next generation Levorg estate but the company is not ready to retire the current model yet. Launched in 2014, the Levorg is now receiving a mid-life refresh in Japan where it is also getting two special edition versions. One of these variants carries the STI suffix in its name and that's why it caught our attention.

Before we get to the details, let us answer the question that’s already circulating in your head – no, you won’t be able to buy it in the United Kigńgdom. For now, the Levorg STI Sport Black Selection is limited only to the Japanese market and we expect it to remain like that for the rest of the current model’s lifecycle.

As standard, the special edition estate rides on 18-inch lacquered black wheels with 225/45 section tyres. The only other notable exterior tweak is the black finish for the door mirror caps with integrated puddle light. While super minor, these modifications give the sporty wagon a slightly more aggressive look.

More important changes are happening inside the cabin where the standard front seats are replaced by Recaro seats (eight-way power driver’s seat) with a mix of Alcantara and leather upholstery. The centre console (below the infotainment screen), steering wheel, seats, door panels, and gear shifter all feature blue stitching, and there’s also a special carbon trim for the dashboard.

New generation Levorg is in the works:

The Levorg STI Sport will be available with two turbocharged, intercooled, and direct injected engines – 1.6- and 2.0-litre units, delivering 170 bhp and 296 bhp respectively. Both motors come as standard paired with a continuously variable transmission and a four-wheel-drive.

Prices for the model in Japan start at 3,546,000 (approximately £25,000 at the current exchange rates) with first deliveries scheduled for late June this year.