You know you've made it when you're driving a Rolls-Royce to pick up your shiny new McLaren.

Last Wednesday marked the 25th anniversary of Ayrton Senna’s tragic accident at the Imola track during the 1994 San Marino Grand Prix. Gone but certainly not forgotten, the Brazilian legend is considered by many as being the best Formula 1 driver ever, and his impressive career has had a positive impact on other F1 drivers. Reigning champion Lewis Hamilton said just last week that Senna had a great influence on his approach to racing.

You might remember that McLaren celebrated Ayrton’s championship-winning MP4/4 late last year with a one-off P1 GTR created by MSO with a livery replicating the sensational race car from the 1988 season. Arguably one of the most successful F1 cars ever made, the Honda-powered MP4/4 designed by Steve Nichols and none other than Gordon Murray has served as inspiration once again, this time for a road-legal McLaren.

This guy knows his cars: 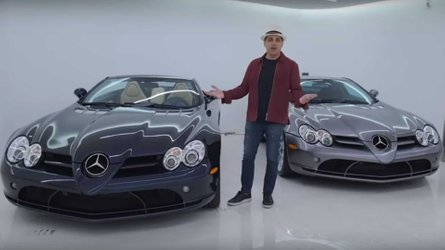 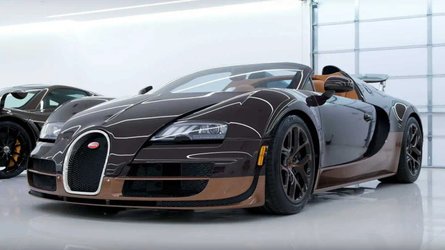 Businessman Manny Khoshbin is the proud owner of this 1-of-500 McLaren Senna dressed in a livery heavily inspired by the iconic Marlboro MP4/4, right down to Ayrton’s #12 on the side of the track-focused supercar. Open the door and you’ll notice Senna’s name adorns the carbon fibre door sills while the seatbelts finished in bright orange complement the vibrant exterior shade.

The supercar’s owner is particularly impressed by how low the Senna sits to the road and is a bit surprised the vehicle is actually larger in real life compared to what the images and videos are showing. He opted for the see-through doors with the glazed panels made from Gorilla Glass lending the track beast a special look.

Taking out the Senna through the narrow doors of the McLaren Newport Beach dealership is no easy task, while the minimal ground clearance makes things a bit trickier when going over uneven surfaces, but that goes with the territory when you’re shopping in this high-end segment.