Indoor passenger rides will see a lot of sideways action...

Sports car manufacturer Caterham will offer visitors to this month’s London Motor Show the chance to ride shotgun in its special Drift Taxi.

To celebrate the launch of its new Caterham Driving Experience (CDX), which is operated by MSV at Brands Hatch, the Drift Taxi will operate in the indoor Imperial Cars Live Arena, giving punters the opportunity to experience one of Caterham’s Seven 270 models. Each vehicle will be specially engineered for the event, weighing in at just over 500kg and equipped with the 270’s 1.6-litre Ford Sigma engine, which delivers 135 bhp. 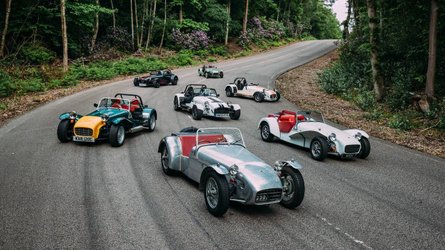 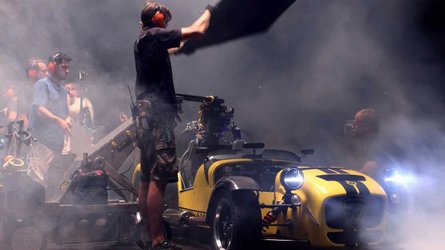 In the hands of professional drivers, Caterham says the three cars it is bringing to the show will provide “rapid-fire” drifting sessions, which it claims will showcase “the undisputed power, handling and precision of the Caterham Seven 270”. However, the company from the south-east of England also warns that the high-octane rides are “not for the faint hearted”.

Caterham will also display its Seven 620 R in the Imperial Cars Live Arena, using the so-called ‘Lego Cat’ (LE60 CAT, above) that ran at the Goodwood hill climb in 2017. Painted bright yellow, the 310 bhp pocket-rocket will join the motor show’s supercar parade, as well as taking centre stage on the Caterham stand.

Joining the Lego Cat will be the rest of the Caterham range, including the back-to-basics Seven 160 model and the mid-range Seven 310 variant. There will also be a giant version of Caterham’s much-vaunted online configurator, allowing visitors to customise their ideal Seven, complete with racing stripes, carbon-fibre accoutrements and four-point racing harnesses.

Graham Macdonald, the chief executive officer of Caterham, said the Drift Taxi would demonstrate exactly what the Caterham brand was all about.

“Over the last few years we have supported the London Motor Show on a number of occasions, but this year will certainly be our biggest to date,” he said. “The Caterham Drift Taxi is truly a unique and fun experience, and to demonstrate it on such a large scale will certainly leave a smile everyone’s face; which perfectly demonstrates what we stand for as a brand.”

Andy Entwistle, the London Motor and Tech Show’s CEO, added: “The Caterham Drift Taxi is an experience like no other so is the perfect complement to the show. If you fancy thumbing the lift of your life, then these guys will give you an experience you’ll never forget in the show’s Live Arena.”