Williams driver George Russell believes he's found it easier to cope with the team's current difficulties because he himself hasn't had a “perfect career” leading up to Formula 1.

Russell, the reigning Formula 2 champion, has impressed in his first outings for the Grove-based team so far, regularly outqualifying and outracing teammate Robert Kubica.

This came amid a bruising start to the campaign for Williams, whose FW42 car has remained cut adrift of the midfield battle.

Asked by Motorsport.com whether his own career background helped him better cope with Williams' current predicament, Russell said: “Yeah, you know, it's not my first difficult year.

“I think sometimes if you have just such a perfect career path, when you do have a difficulty, you don't know how to handle it, whereas I've had a number of difficult moments in my career, so I've sort of got the experience on that hand.”

Russell, who is backed by Mercedes, stepped up to F1 after claiming back-to-back titles in GP3 and F2 in 2017 and '18, both for ART Grand Prix.

Those accolades followed two less glorious years in European Formula 3 with Carlin in 2015 and Hitech GP in 2016, during which the Briton was unable to fight for the title against the leading cars of the dominant Prema outfit.

Russell cited these as examples of “character-building” campaigns for him, while also putting 2013, his final year in karting, into the same category.

“My last year in karting was very difficult, I went to a team [Birel ART] which wasn't performing at the time. I saw it as a win-win situation; if I performed it'd look great on me and if I didn't, people would just blame it on the equipment.

“You can call that a character-building season, and I also had that in Formula 3, my two seasons in Formula 3 were far from perfect. And that made me sort of into the driver I am today, and I learned a huge amount from those moments.”

While Russell can only measure himself against Kubica right now – and even there direct comparisons have been made difficult by a perceived difference in equipment – the Briton hopes his reputation gets a lift from the strong performances of other young drivers in F1.

Ferrari's Charles Leclerc, Toro Rosso newcomer Alex Albon and McLaren rookie Lando Norris have all impressed in the opening stages of the 2019 season, and are all drivers Russell successfully competed alongside in his junior career.

“I think the level of rookies these days is extremely high, and obviously in these difficult times for me, looking at what they're doing, I wouldn't say it fills me with pride, but it kind of looks good on me as well.

“Obviously we all [Russell, Norris and Albon] raced in equal machinery [in F2] last year, so if they're doing a great job, then that looks good on me as well.” 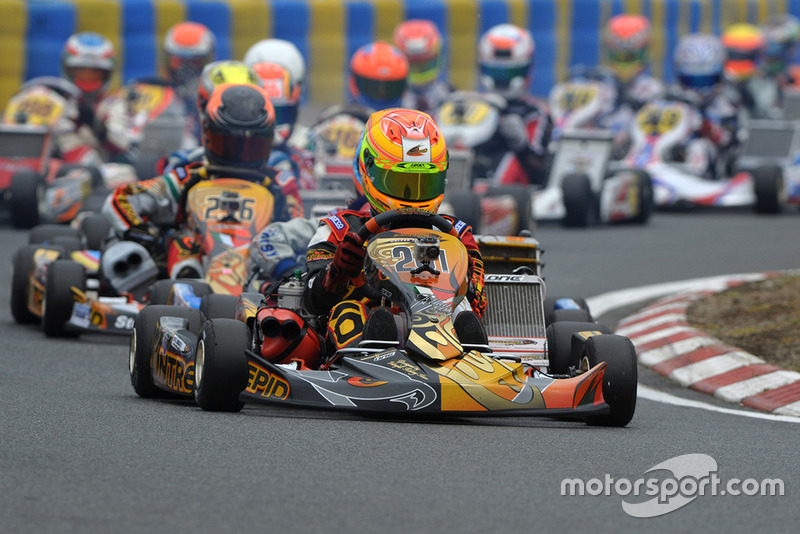