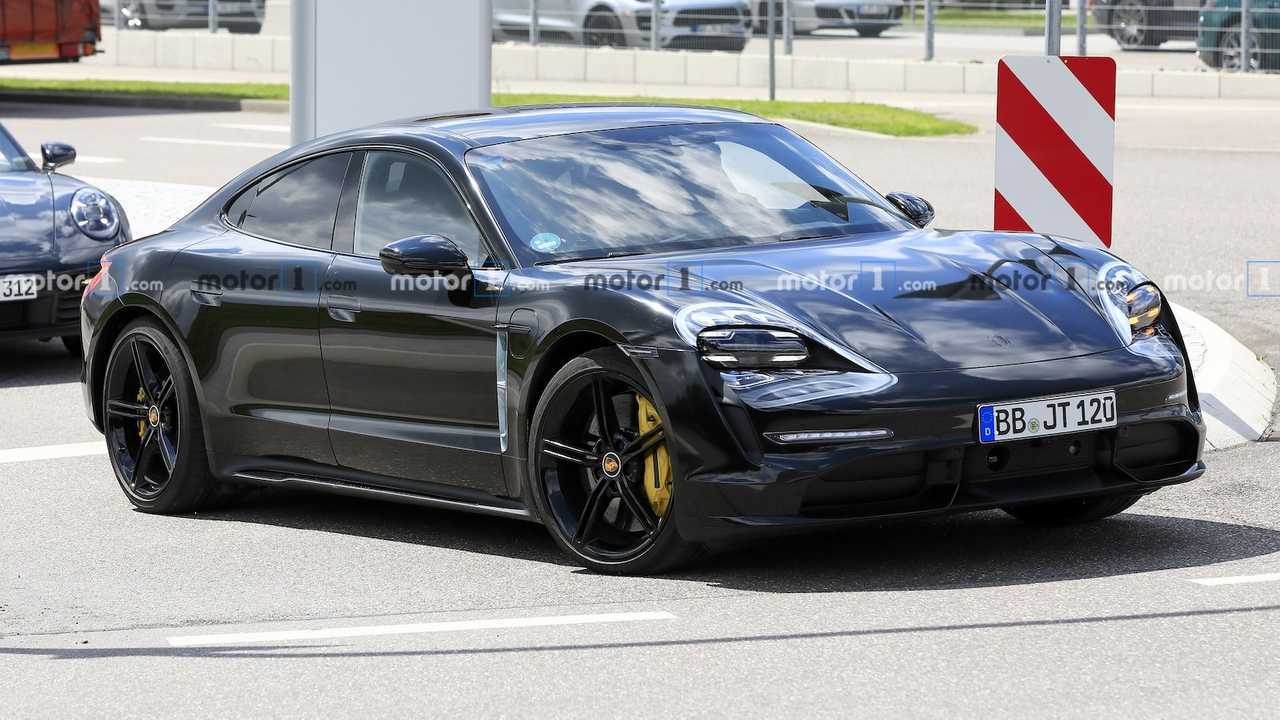 Here's a clearer set of spy photos of the upcoming all-electric Porsche.

More than a week ago, spy photos of the Porsche Taycan almost without any camouflage have surfaced and we're lucky enough to get a hold of them from our friends at the TaycanForum. But the quality of those images was pretty low, which somehow distorted the details of the first-ever, all-electric Porsche.

This time, however, we are now in possession of the latest high-resolution spy shots of the Taycan. For the record, if you disregard the German plate number, you might think that this is the same prototype that was seen before – only in HD this time around.

Up front, it's evident that Porsche keeps faith with the Mission E Concept's headlight configuration but with a little tweak on the form itself. As there's no need for any air vents, the Taycan prototype doesn't have any intakes at its fascia, which is a popular design among electric vehicles.

When viewed in profile, the Taycan makes for peculiar design execution. The door handles are integrated smoothly with the door panels, while the car's shape isn't heavy at the rear and looks more balanced than the current Porsches.

Of course, the rear is still the most interesting part of the Taycan. It has become the butt of many jokes before because of the fake exhausts that were seen on test mules running around the Nürburgring. Fortunately, these are dropped and nowhere to be found in the spied prototype here. We just hope Porsche has completely dropped the idea. Taillights, even with the obnoxious red tapes surrounding the lamp, remain to be seen, as well as the thin strip of LED turn signals.

The production 2020 Taycan will debut in September of this year with a plan to produce 20,000 units on its first year of production.

With Stuttgart-based marque dead set in strengthening its presence in the EV market, do you think Porsche can really convince its fans to go electric with the Taycan? Let us know in the comments section below.