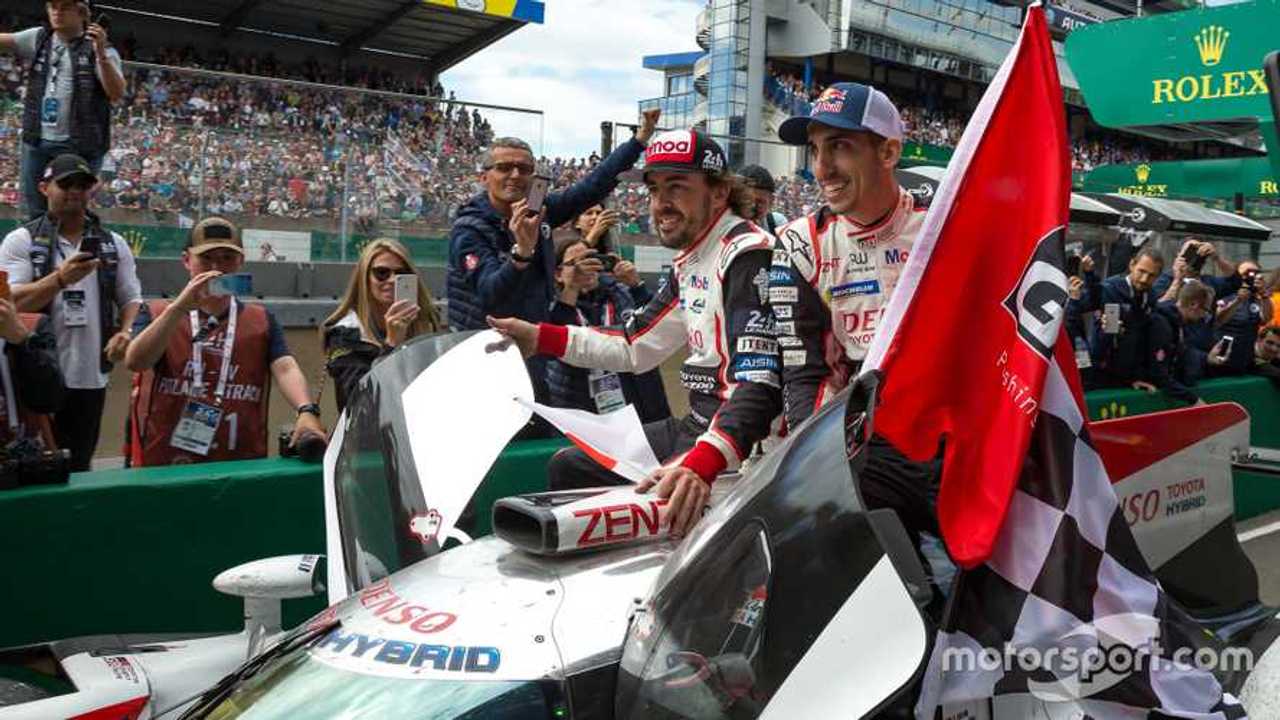 Winning the FIA World Endurance Championship is more important to Fernando Alonso than notching up a second Le Mans 24 Hours victory before he leaves Toyota next month.

Alonso made the claim ahead of this weekend's penultimate round of the 2018/19 WEC superseason at Spa, where a victory for the Spaniard and teammates Sebastien Buemi and Kazuki Nakajima would mean they could finish as low as fourth at Le Mans to seal the title.

"If I have to chose one of the two, I would like to be world champion after winning Le Mans once already [in 2018], rather than winning Le Mans two times and losing the championship," he said.

But Alonso stressed that he would be "pushing hard" to win both his remaining races with Toyota prior to his departure from its WEC squad after one season, which was confirmed on Wednesday.

"I have three big targets in the next month: one is trying to complete the triple crown at the Indy 500, then it is being world champion in endurance racing and then winning Le Mans again," he said.

Buemi, who won the WEC title with Anthony Davidson in 2014, told Motorsport.com that he understood why Alonso favoured winning the title over claiming a second Le Mans win.

"He's been a world champion in karting [in the Five Continents Cup in the Junior A category in 1996] and in Formula 1, so he now wants to win a world title in endurance racing," he said.

"I believe we have been the better of the two Toyota crews over the full season so far, but I also believe that the title and another Le Mans win can come together."

Buemi also pointed out the dangers of backing off and driving for points.

"At Sebring last month when the other Toyota had its problems and we had a lead of more than a lap, I almost crashed three or four times because I got out of a rhythm," he explained.

"Sometimes it is much safer to push hard from the start of the race to the finish."

Alonso and his co-drivers in the #8 Toyota TS050 Hybrid lead the world title race by 15 points from teammates Kamui Kobayashi, Mike Conway and Jose Maria Lopez.

A win this weekend would give them an advantage of more than 20 points, but the points difference between first and second positions at Le Mans is only 11.

Should Toyota continue its unbroken run of first and second-place finishes (excluding its double disqualification at Silverstone last August) through to the end of the season, it would then be impossible for Kobayashi and his co-drivers to win the title.