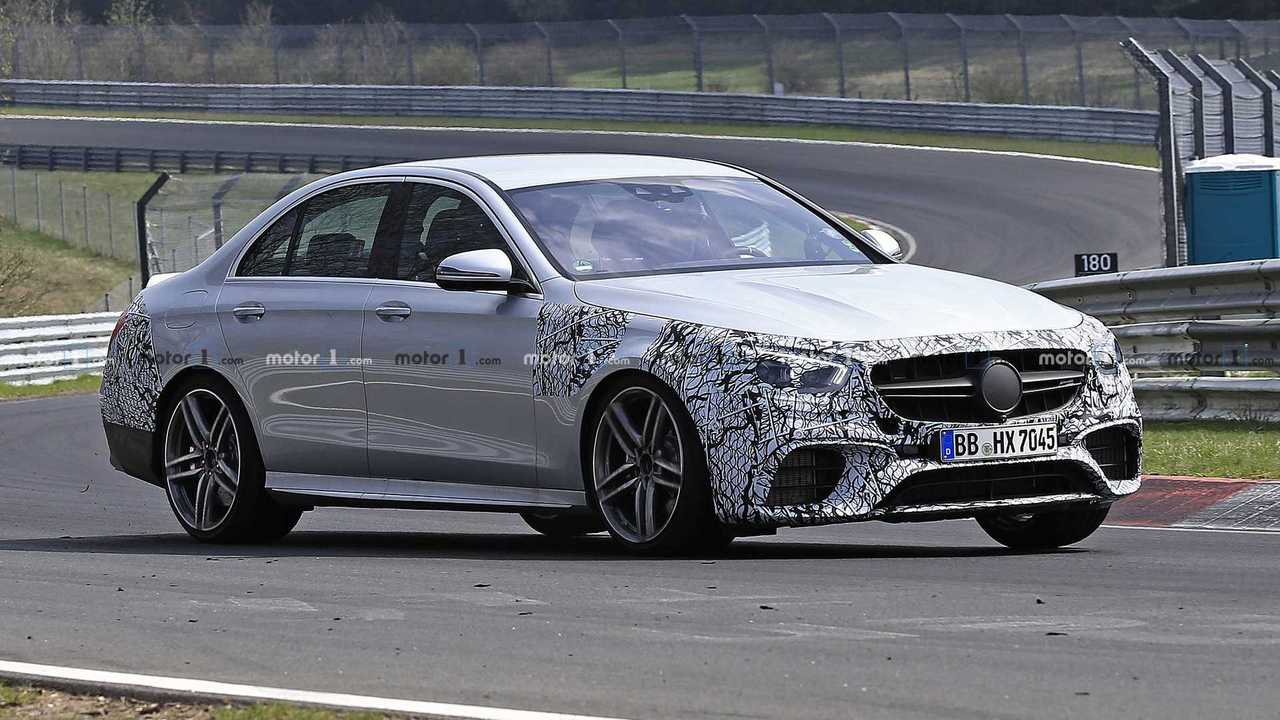 New lights at the front and rear are already visible despite the camo.

With the proliferation of the AMG models, Mercedes now has an Affalterbach-tuned version of nearly every car it sells, with a few exceptions such as the B-Class and V-Class people-movers along with the X-Class pickup truck. But for enthusiasts, cars such as the C63, E63, and S63 will always represent the backbone of the AMG family. Seen here is the middle child of the “63” saloon trio while getting ready to receive a nip and tuck.

Looking as if it’s glued to the road, the E63 Saloon has camouflage at both the front and rear to hide the new headlights and taillights. Despite the disguise slapped onto the clusters, you can actually see a good chunk of the new graphics similar with those of recent models carrying the three-pointed star. Take for example the LED daytime running lights at the front, which due to their boomerang shape, should remind you of cars such as the CLS and its baby brother, the CLA.

We’re not seeing any changes to the bumpers, but maybe that’s because this particular prototype seen at the Nürburgring lacked the redesigned pieces. It would be a bit odd to give the E63 a refresh – as mild as it will probably be – without tinkering with the bumpers. In addition, the absence of the Panamericana grille also suggests the test vehicle did not have all the final bits and pieces.

We wouldn’t hold our breath for more power over the 603 bhp available today in the E63 S. Should you need more, there’s always the heavily related GT 63 S Four-Door Coupe with its mighty 630 bhp.

Mercedes introduced the W213 E-Class a little over three years ago, so the facelift might be launched before the year’s end or early 2020.

Other E-Class models are also getting an update: