What exactly is Volkswagen testing with this Golf mule? 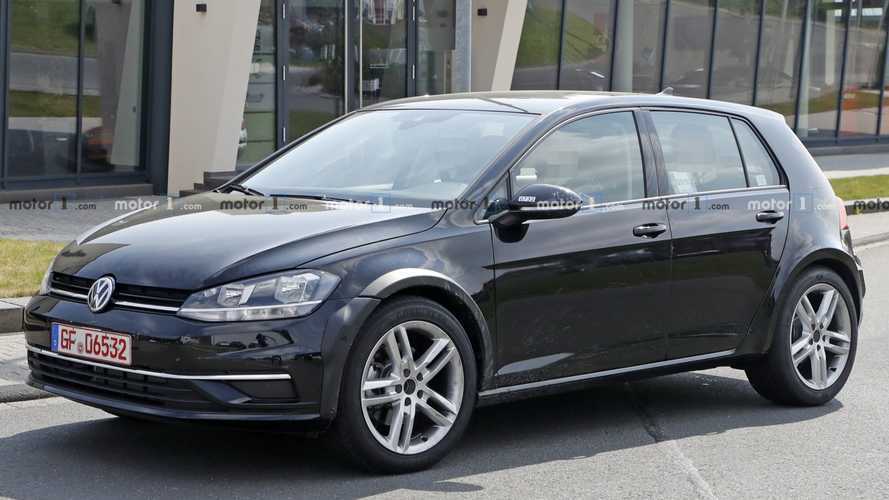 It's slightly shorter, yet wider than the Golf VII.

Every now and then, we receive spy shots of vehicles undergoing testing, but we simply can’t put our finger on the identity of the model. Case in point, what seems to be a Volkswagen Golf VII has been spotted at the Nürburgring, but as the saying goes, looks can be deceiving. We’re pretty sure it’s an entirely different car since it’s too late now for VW to be testing the new Golf using mules carrying the body of the outgoing model. After all, recent spy images have shown the eighth generation of the compact hatchback as a prototype looking just about ready to hit the assembly line.

Now that we’ve excluded the possibility of this test mule being the new Golf, what else could it be? Perhaps a first sighting of the next-generation Tiguan? We don’t think so since the vehicle appears to be slightly shorter than the Golf you’ll find at a VW dealer near you. In addition, the current Tiguan isn’t exactly old, having been around for only about three years.

Maybe, just maybe, this is the “B-SUV 5-Seater” model VW announced back in March during its annual media conference. There’s an ongoing rumour regarding a smaller-than-Tiguan SUV earmarked for the U.S. market. It’s neither the T-Roc nor the T-Cross, but a new subcompact model created specifically for North America and scheduled to arrive at some point in 2020.

The test mule’s slightly raised suspension setup combined with the beefier wheel arches (likely hiding a wider track) hint at an SUV, while the exhaust system reveals we’re not dealing with one of VW’s upcoming electric vehicles. Older photos of another prototype our spies caught last winter testing in Sweden revealed a 4Motion badge denoting the AWD setup, which would make sense for a U.S.-bound SUV.

Another scenario, although less plausible, is a rugged, jacked-up Alltrack version of the Golf VIII in the same vein as Ford’s Focus Active hatch. There’s also the remote possibility of this being just another SUV planned exclusively for China where VW’s lineup is simply huge.

All things considered, our money is on the yet-to-be-named SUV heading to the U.S, but we could be wrong.