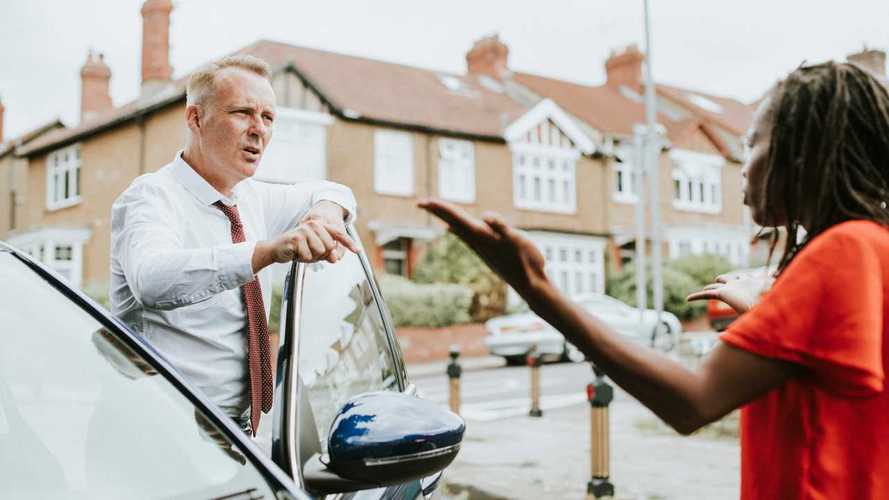 While only eight percent of drivers aren't angered on our roads.

According to new data from automotive data experts HPI, more than a fifth (22 percent) of UK motorists get out of their car to confront another driver.

It also showed that 19 percent have even followed a driver following an incident.

According to the research, women drivers are the worst culprits, with 20 percent having knowingly followed another driver, compared to 18 percent of males.

Over a third (39 percent) put their behaviour down to having a bad day, and three percent of drivers worryingly say that they are 'always furious' when they drive.

More than a quarter (28 percent) of drivers' frustrations are triggered by dangerous overtaking, with a fifth angered by tailgaters.

Of course, the UK's poor-quality roads were also a point of contention for those surveyed, with 31 percent of respondents mad at potholes. A fifth complained about congestion, while a further 16 percent weren't happy with the constant roadworks that plague our road network. Parking problems also angered 10 percent of drivers.

Only eight percent of those surveyed said that they weren't angered at all by any problems on UK roads.

"Our research of what really gets UK motorists hot under the collar reveals some fascinating findings," said Fernando Garcia, consumer director at HPI. "What it really highlights is that it doesn’t take much to wind up UK drivers and many are putting their safety and the well-being of others at risk."

"With nearly a quarter willing to get out of their vehicle and confront another driver, this could easily escalate into something far more serious and drivers need to think about remaining calm and collected when behind the wheel," he added. "We’ve all had incidents that have led to frustration while driving but motorists need to have respect for passengers and other drivers. We would urge them to think twice before doing anything that endangers safety or could lead to the police getting involved."