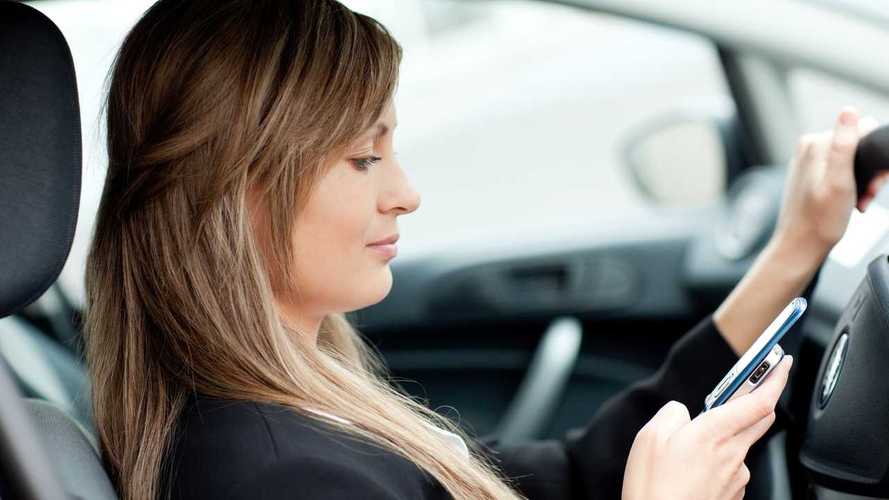 A terrifying number of us think using a phone behind the wheel should carry no penalty whatsoever.

As many as 2.5 million British drivers believe driving while using a handheld mobile phone is perfectly acceptable, according to new research.

More terrifying stats on mobile phone use while driving:

The shocking statistic comes after a study of 500 drivers by car leasing firm Vantage Leasing, which found that five percent of those questioned thought using a mobile phone behind the wheel should not carry any kind of penalty. Although it sounds like a small minority, if the sample is representative, it could mean as many as 2.5 million of us think there’s nothing wrong with using a handheld phone while driving.

Vantage’s study is the latest in a line of surveys into phone use behind the wheel, which has become something of a hot topic since the government introduced tougher penalties for the offence in 2017. However, despite the threat of six penalty points on a driver’s licence and a £200 fine, a survey of more than 2,000 drivers found that one in six still use their phones. And another survey of 1,800 motorists found that more than half of Londoners were still using their phones illegally.

Interestingly, though, government figures released earlier this year suggest the new penalty is reducing the number of drivers using phones, with just over one percent of the country’s motorists observed using handheld phones behind the wheel in 2017 - down from 1.6 percent in 2014. However, the RAC said the reduction may have been caused by the initial “fear factor” surrounding the new penalties, and drivers would be “sceptical” of the findings.

And according to Vantage, there’s evidence to support that scepticism, with the company citing government figures that suggest around 400 accidents every year are caused by motorists using phones while driving. And that assertion follows a study of 2,000 motorists that found a quarter of us have damaged cars in some way while using phones.

“Driving while using a mobile phone causes more than one accident a day in the UK, so it is worrying that a sizeable number of Brits think it is acceptable,” he said. “Indeed, it only takes a split second while texting or talking on a mobile phone for the driver to become distracted, with particularly devastating consequences.”