Mercedes-Maybach is making a big move. Literally. For the second time ever (following last year's G650 Landaulet), the posh Benz sub-brand will build an SUV. The so-called Mercedes-Maybach GLS will cost £150,000, originate from Mercedes-Benz's manufacturing facility in Tuscaloosa, Alabama, and should roll off the production line early next year. But before it does, the big Benz shows itself on video.

A new spy video shows the Mercedes-Maybach GLS (covered in camouflage) testing on the public roads near Mercedes-Benz headquarters in Germany. At first glance, the luxed-up GLS doesn't stray far from its base three-row counterpart design wise – it shares a lot of the same body panels, facial cues, and overall shape. But take a closer look and you'll find some details that help distinguish the Maybach model.

Mercedes says the Vision Maybach Concept might be made

The wheels are completely different, for one. Granted, the five-spoke rims taped here could be for prototype use, but we know the Maybach model will get a new set of shoes over the standard GLS either way. This prototype also looks a pinch longer than the base GLS. The 2020 GLS extends out to 5,207 mm, giving it 75 mm over the outgoing model. Maybe the Maybach version will be a bit longer.

We know that the Maybach GLS might get a new numerical naming scheme, too. Mercedes-Benz filed three trademarks for the GLS: 600, 680, and S680. Some of those numerical nameplates the company already uses on the S-Class overseas, but we assume they will be available on the Maybach GLS worldwide.

Get a good look at the GLS:

The Mercedes-Maybach GLS goes on sale in 2020. When complete, it will be the most expensive car built in the United States, beating the current frontrunner – the Acura NSX – by more than £32,000 (assuming the £150,000 price tag sticks). A GLS 63 will also join the lineup. 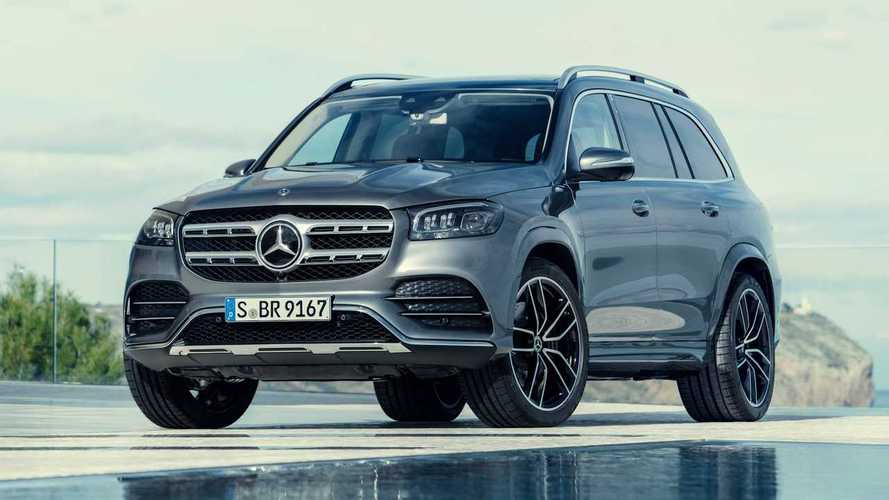