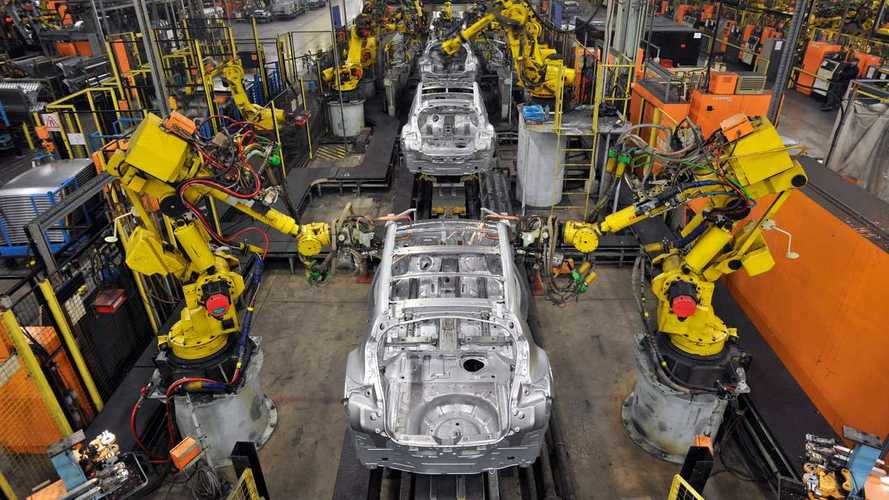 Industry organisation warns of disaster if we have an extended period of WTO trading rules.

A no-deal Brexit could take car manufacturing back to 1980s levels, the organisation representing the UK's automotive industry has said.

More on the thorny issue of Brexit:

The Society of Motor Manufacturers and Traders (SMMT) said failing to leave the European Union with a deal in place would have a “devastating” impact on the industry, predicting that a sustained period of trading on World Trade Organisation (WTO) terms could cause a reduction in output of around 30 percent. If that were to happen, the SMMT claims the number of cars built on these shores would fall to around 1.07 million - a level “consistent” with output in the mid-1980s.

The stark warning comes as the SMMT’s official figures for March revealed a 14.4-percent drop in car manufacturing in the UK. Last month saw a little more than 126,000 cars roll off British production lines, down from more than 147,500 in the third month of 2018. Concerningly, it’s the 10th consecutive month of year-on-year decline for the country’s car industry, and it means output is now back to the levels seen in 2013.

Blame for the drop in production can be split relatively evenly between domestic and foreign markets, with both sectors recording double-digit reductions in demand. March saw the UK produce just under 26,900 cars destined for British roads - a drop of around 18 percent on the 32,800 built for domestic customers last year.

On paper, a 13.4 percent reduction in vehicles built for foreign markets might seem less dramatic, but exports make up almost 80 percent of the vehicles built on these shores, meaning small drops can have a big impact. Demand from abroad fell from around 114,700 in March 2018 to roughly 99,300 in the same month of 2019 - a drop of roughly 15,000 vehicles.

SMMT chief executive Mike Hawes said the car industry remained in “limbo”, and the extension to Article 50 was not helping matters. Collaboration, he said, was vital to finding a compromise that can help the car industry.

“Despite the extension, the Brexit clock is still ticking and a devastating ‘no deal’ remains a threat,” he said. “This new period of limbo does not end the havoc for industry, with investment stopped and expensive factory shutdowns moved to avoid a Brexit deadline that has itself now moved. Just a few years ago, industry was on track to produce two million cars by 2020 – a target now impossible with Britain’s reputation as stable and attractive business environment undermined. All parties must find a compromise urgently so we can set about repairing the damage and diverting energy and investment to the technological challenges that will define the future of the global industry.”