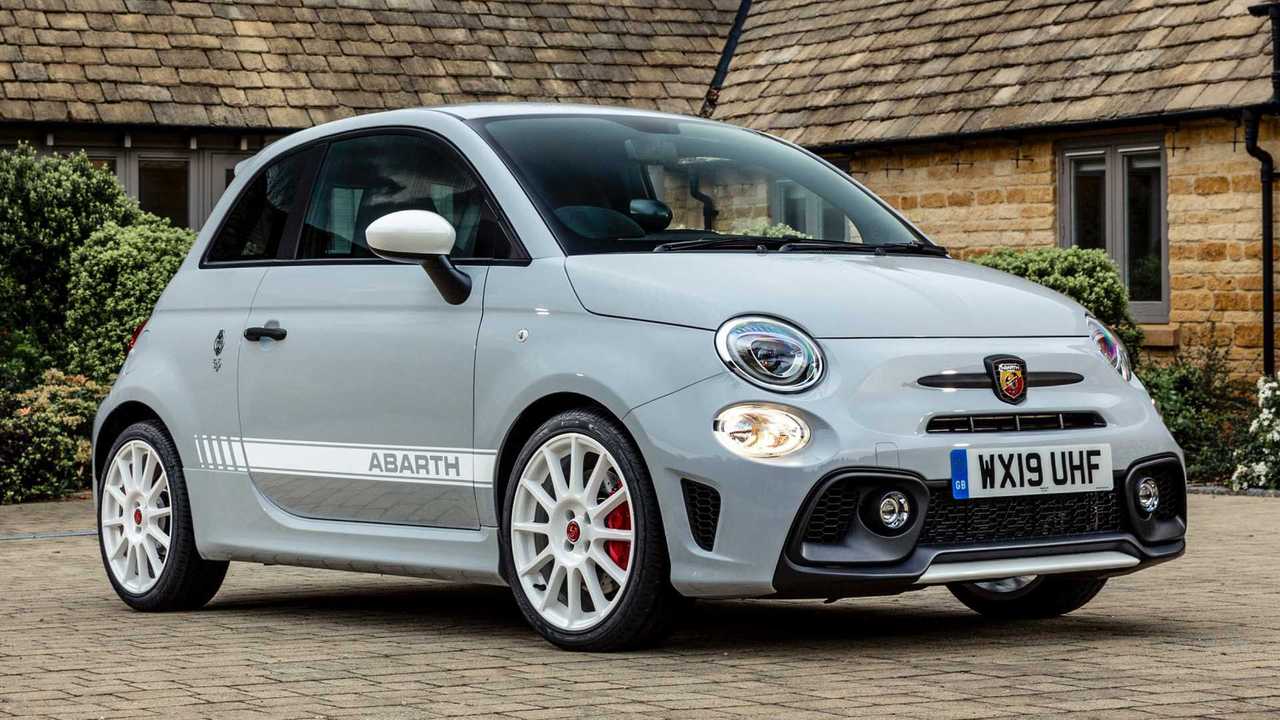 Abarth’s revamped 595 range is now available to order with prices starting at just under £16,500.

Celebrating the brand’s 70th anniversary, the pocket rocket has been given a host of updates, including the addition of a new top-of-the-range Esseessee version, which offers extra kit designed to make the car more fun to drive. For the lowlier models, though, it’s a case of anniversary badging and a little extra tech.

As before, the range starts with the ‘standard’ 595, complete with its 1.4-litre turbocharged petrol engine and sporty styling. Available in both hatchback and convertible guises, it’s equipped with the 70th anniversary logo on the rear, as well as 16-inch alloy wheels and a five-inch touchscreen infotainment system. And because of the 145 bhp engine, you also get a 0-62 mph time of less than eight seconds.

For a little extra cash - £3,200, in fact - you can have the slightly more luxurious Turismo model. The extra money buys a host of goodies, such as leather seats, 17-inch alloys and a larger seven-inch touchscreen, but the most important change is in the engine bay. Abarth’s engineers have upped the 1.4-litre engine’s power, eschewing the standard car’s 145 bhp might in favour of a 165 bhp output. That means 0-62 mph takes just 7.3 seconds and the top speed rises to 135 mph.

For those that want something a little sportier, meanwhile, there’s the 595 Competizione model. With prices starting at £21,795, it costs £2,100 more than the equivalent Turismo, but you get race-inspired Sabelt bucket seats, a sportier Record Monza exhaust and red Brembo brake callipers. But again, the headline upgrade is found in the inner workings of the 1.4-litre engine. With 177 bhp on tap, the Competizione will get from a standstill to 62 mph in 6.7 seconds before hitting a top speed of 140 mph.

But as part of the 70th anniversary celebrations, the Competizione is no longer top dog in the 595 range. The new Esseessee model is even more expensive, with its £25,295 price tag, but it’s also better equipped. The engine is, perhaps surprisingly, the same as the Competizione, but it breathes through a new air filter and an Akrapovic exhaust system, while upgraded rear suspension and a limited-slip differential have been fitted to help the car corner and accelerate.

There are styling upgrades, too, with white alloy wheels, Abarth side stripes and white door mirrors. Inside, meanwhile, there are sports seats with a carbon shell and carbon pedals in the footwell, while the touchscreen infotainment system includes car telemetry readouts for track driving.