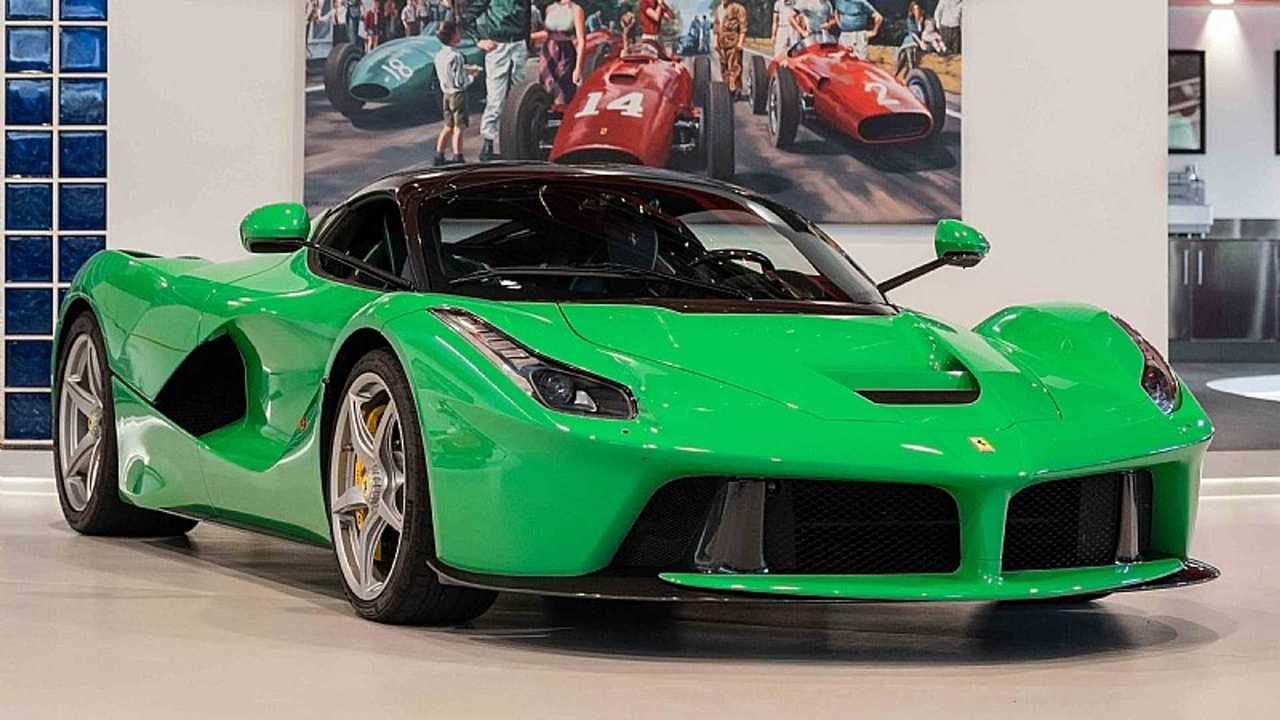 Want this one-off hypercar? You better have deep pockets.

A few years ago Jay Kay left petrolheads all over the world scraping their jaws off the floor when he turned up to the Goodwood Festival of Speed in a bright green LaFerrari.

While most owners of the limited-run hybrid hypercar opted for the traditional red, yellow, or black – and some went for more subtle blues or silvers – the Jamiroquai frontman went for something very, very different.

Check out this other celebrity-owned Ferrari for sale

Star owned Ferrari back on the market

Speaking at the 2014, two days after he collected the car, the singer said that the odd but brilliant colour choice was to 'make a statement'.

"I wanted to make a statement with the car, and it is all about the car," he said. "I think it give the car a personality and it gives it a uniqueness and it deserves it and I've tried to do that."

"It's not often that I order a new car, most of my stuff is classic stuff, so when I do I like to make a bit of an event of it and I though this, Italian flag green, would be appropriate, with the red lights – it's the Italian flag so it's worked out."

Now you to could make that very same statement, because the car has been listed for sale by Joe Macari in London.

Listed with one owner from new (of course), the car comes with a never-ending list of carbon fibre extras, and a matching luggage set. The famous 'Signal Green' paintwork, which is protected by a paint protection film, carries over to the inside where there's contrasting green piping and stitching on the black leather seats.

Jay Kay's LaFerrari only has 1,900 miles on the clock, which seems almost criminal for a car like this, but in a 2011 interview he revealed that despite his love of cars, he does very little actual driving.

"I don't really drive that much at all any more, because I'm either on tour or doing stuff," he told the BBC's Fiona Bailey. "They keep talking to me about cars and environment, and I reckon I do about 3,000 miles a year."

Why the car loving hitmaker is selling his one-off masterpiece is a mystery, but we doubt he'll miss it too much. As far as we're aware, he still has his Enzo Ferrari – a car that was the subject of the song Black Devil Car. He also owns or has owned a Porsche 918 Spyder and countless other supercars and classic cars.