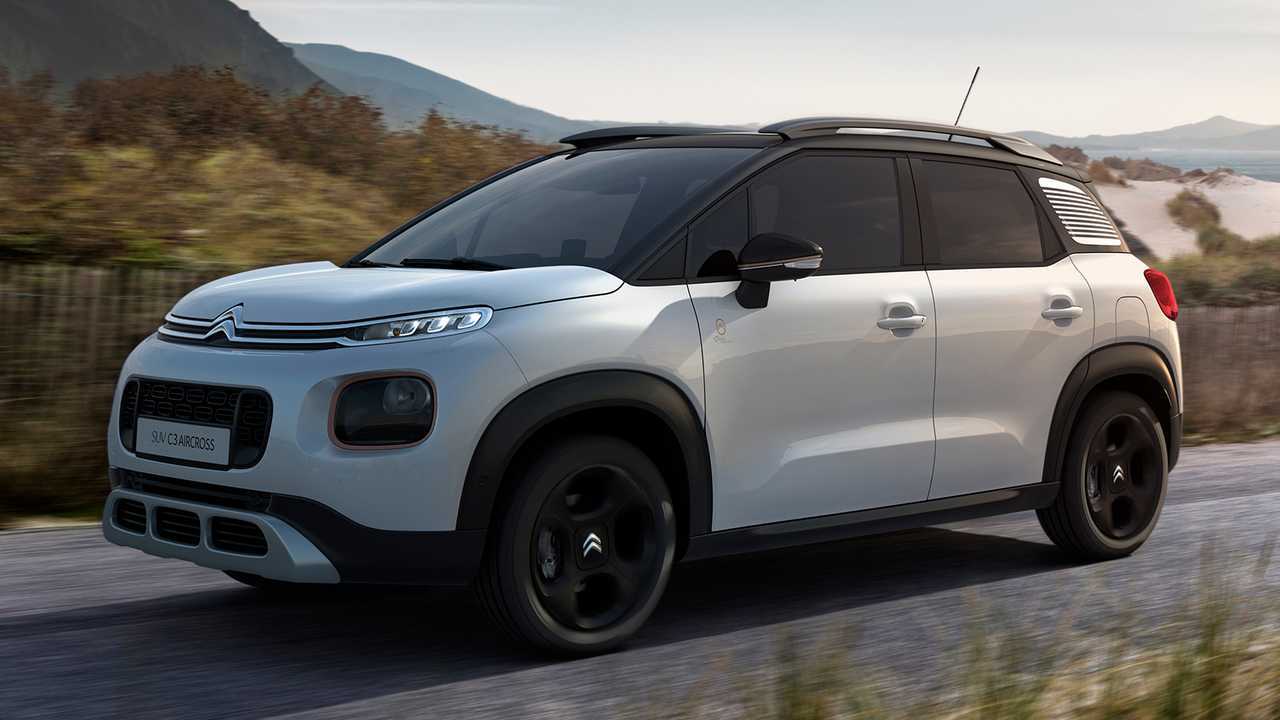 The Origins models follow on from special versions of the C3 and C4 Cactus.

Citroen has added to its line-up of ‘Origins’ special editions designed to celebrate its 100th birthday with new versions of the C1 and C3 Aircross.

Citroën C1 Urban Ride is a stylish supermini starting from £13,180.

Earlier this year, the French company revealed the C3 and C4 Cactus Origins models, festooning the cars with bronze colours and graphics intended to mark 100-year-old firm’s history. Now, though, Citroen has applied the same treatment to its C1 city car and C3 Aircross mini-SUV.

Available to order now ahead of production beginning next month, the C1 Origins comes with 15-inch black alloy wheels and a black bi-tone roof, as well as bronze detailing on the door mirrors and rear pillar. The Origins logo, meanwhile, stands proudly on the front doors and tailgate. As standard, customers get the non-metallic Lippizan White paintwork seen here, but that can be replaced with Gallium Grey, Carlinite Grey and Caldera Black metallic paints for a small consideration.

Outside, the Origins model is marked out by its 16-inch black alloy wheels, white ‘venetian blind’ effect on the rear windows and bronze light surrounds. There’s bronze on the door mirrors, too, and although the white-with-black-roof combination is a standard feature, customers can choose to upgrade to a range of other colour schemes, including black with a white roof.

As with the C1, the Origins logo is also prominently displayed, and the grey cloth seat upholstery is embellished with gold stitching. But unlike the C1 Origins, the C3 Aircross Origins is based on the mid-range Feel model, although several upgrades have been fitted. Satellite navigation is included in the £19,355 price tag, along with rear parking sensors, automatic lights and wipers and automatic climate control.