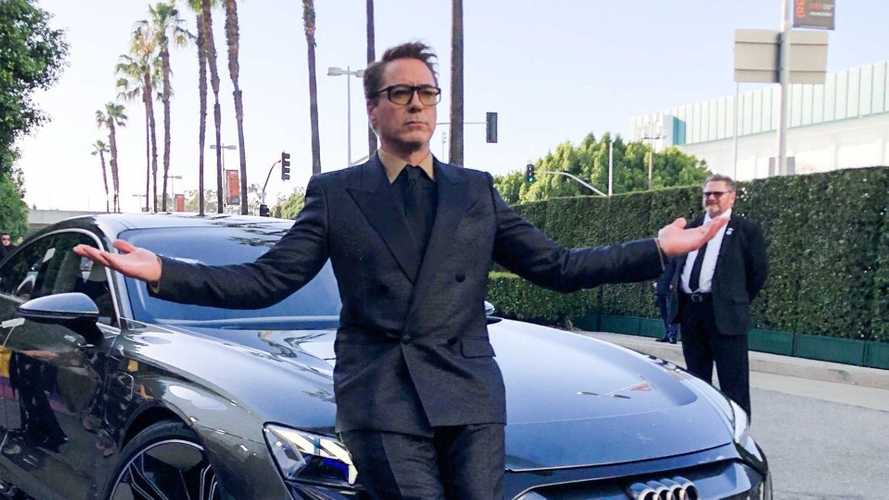 Before fans pile into theatres for the latest and possibly greatest Marvel flick, Avengers: Endgame, the original Avengers cast teams up one last time (we think... no spoilers) for the long-awaited movie's premiere in Los Angeles. And one of the saga's most recognisable stars, Robert Downey Jr., rolled up to the theatre in a concept car appropriate for Iron Man himself: the new Audi E-Tron GT.

This isn't the first time we've seen Downey with of the E-Tron GT. Soon after the concept debuted, Downey was one of the first people outside of Audi to drive it (of course, it was all captured on video), and instantly geeked out over the E-Tron GT's sharp design. But he'll have even more time with the concept in Avengers: Endgame, as Tony Stark swaps out his iconic R8 for the electric saloon instead.

The car itself is far from science fiction. Audi unveiled the E-Tron GT last year at the Los Angeles Auto Show with a 90 kilowatt-hour battery pack and 582 bhp on tap. With fast charging (zero to 80 percent in 20 minutes) and wireless charging capabilities (at 11 kilowatts), Audi gives the E-Tron GT an estimated range of 250 miles on the WLTP test cycle.

It's not just about range, though. With dual-motor (PMSM) all-wheel drive with torque vectoring, the E-Tron GT can hit 62 mph in 3.5 seconds, 124 mph in just over 12 seconds, and continue on to a top speed of 149 mph.

The Endgame is coming:

Audi debriefs Captain Marvel on all she missed, including the E-Tron

That said, the E-Tron GT is the perfect ride for Tony Stark. It has all the tech you'd expect, and the performance to match. We expect plenty of other Audi vehicles in Avengers: Endgame, too; the company just released an ad with Tony Stark teaching Captain Marvel about modern tech, and showing off the new E-Tron crossover in the process.