Expect it to have a little over 300 bhp.

The world didn’t end when BMW launched the front-wheel-drive 2 Series Active Tourer / Gran Tourer MPVs and the current-gen X1 crossover, nor did it implode when the 1 Series Saloon was introduced in China. We’re pretty sure Armageddon won’t be upon us when the 2 Series Gran Coupe will come out at the end of this year. Teased for a November debut at the 2019 Los Angeles Auto Show, the "not-a-coupe" BMW has just been spotted tackling the Nürburgring.

Heavily based on the soon-to-be-revealed 1 Series hatchback, the 2 Series Gran Coupe appears to be the M Performance version expected to come as standard with an all-wheel-drive layout. The official name of this spicy derivative is not known yet, but logic tells us BMW will slap the M235i badge onto the car’s boot lid. Why? Because the compact saloon will utilise the same engine as the X2 M35i. We’re talking about BMW’s most powerful four-cylinder engine to date, with output likely to mirror the crossover’s 302 bhp and 332 lb-ft.

Going up against the recently launched Mercedes-AMG CLA 35 – which coincidentally also has 302 bhp – the FWD-based Bimmer will ride on the newly developed FAAR platform that will underpin a series of models in the years to come. The prototype spotted at the Green Hell appears to have all of the production bits, which might mean BMW will unveil the M235i together with the lesser versions of the range in the City of Angels come November.

It’s too soon to talk about performance, but we’re expecting the M235i Gran Coupe to be on the same level as the X2 M35i, which needs 4.9 seconds to reach 62 mph. The saloon might prove to be a tad quicker due to a possibly lower weight thanks to the FAAR platform (an updated UKL) and a sleeker body.

We will learn a great deal about the first-ever 2 Series Gran Coupe pretty soon as BMW is on the verge of introducing the all-new 1 Series together with the M135i featuring the very same engine. 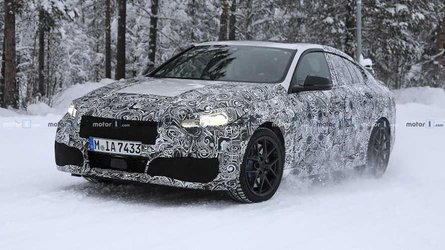 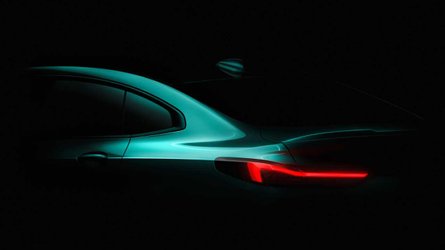