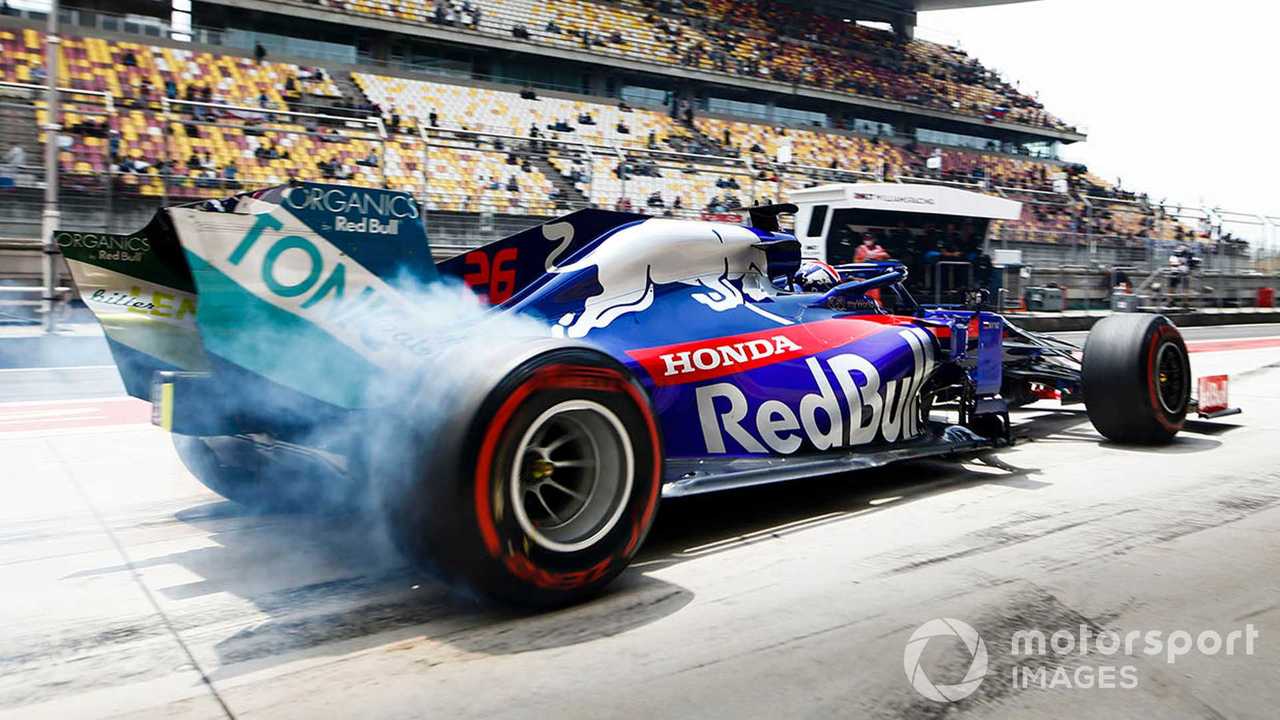 Honda will introduce its first upgraded engine of the 2019 Formula 1 season at this weekend’s Azerbaijan Grand Prix, following the discovery of a quality control problem.

The Red Bulls of Max Verstappen and Pierre Gasly, and the two Toro Rossos, will have use of a new combustion engine in Baku. Honda has described the main benefits of the upgraded V6 as “improved durability, life and better reliability” and “a slight improvement in performance”.

Toro Rosso drivers Daniil Kvyat and Alexander Albon had only just moved on to their second engines of the season in China, Kvyat because of a problem discovered after the first practice session and Albon because of his heavy crash in final practice.

Honda’s investigation into Kvyat’s problem concluded that it was down to a “quality control issue”.

It said that is “one of the reasons” why it will fit what it's calling a ‘Spec 2’ engine to all four cars for Baku, the fourth race of the season.

The changes put Kvyat and Albon on the brink of penalties already, with the next new component triggering a grid drop. Drivers are allowed three combustion engines, turbos and MGU-Hs in a season, and two of the MGU-K, energy store and control electronics.

It was considered likely that Red Bull and Toro Rosso would need to exceed that limit and incur penalties this season, as Honda continues to develop in its bid to catch Mercedes and Ferrari.

Moving to a second set of components at race four effectively guarantees Verstappen and Gasly will need a fourth engine, at least, towards the end of the year.

F1’s benchmark engine manufacturers Ferrari and Mercedes traditionally wait until race seven in Canada to introduce their first upgrade of the season.

But Baku is a high-speed circuit that stresses the combustion engine and the energy recovery systems of the turbocharged power units. This could also have contributed to Honda's decision to introduce a predominantly reliability-based upgrade earlier than normal.