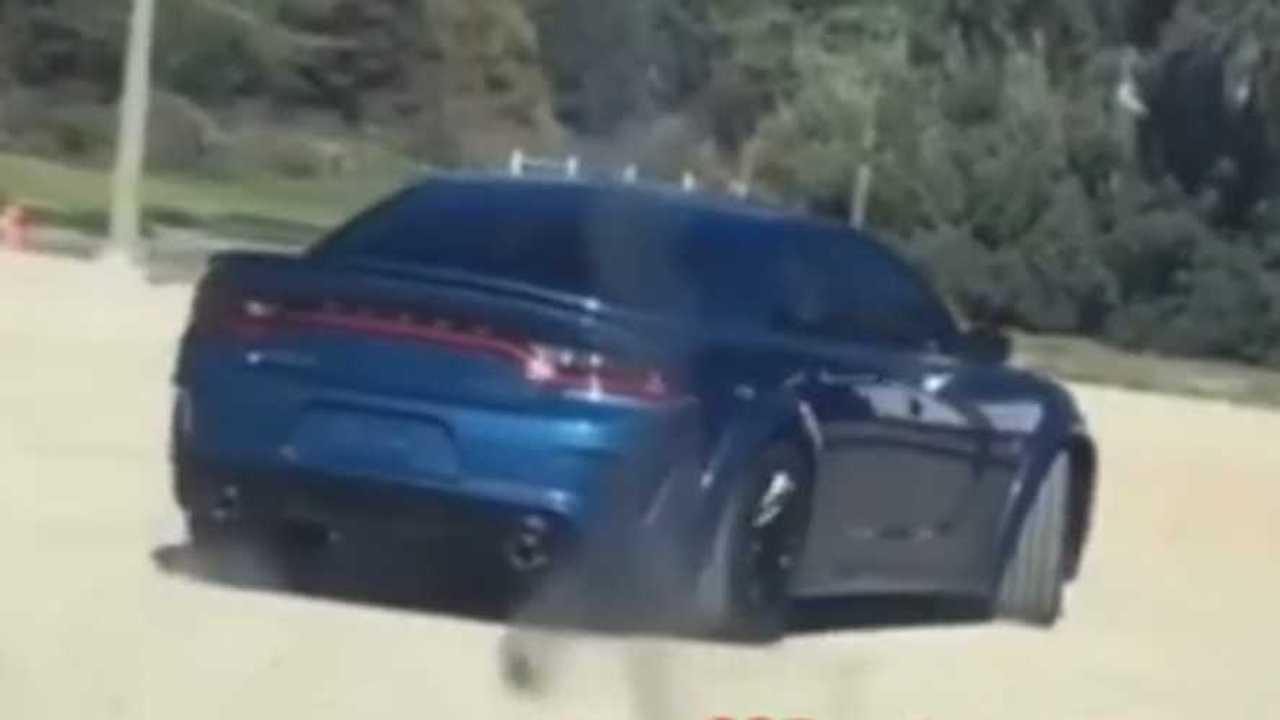 This is our best look at the performance saloon yet.

After seeing the Dodge Charger SRT Hellcat Widebody for the first time in March this year, we were excited about the latest new version of the sporty saloon to join the range. While it was not confirmed that this was indeed a test prototype for the said vehicle, it gave us strong indications work is underway and a debut is imminent. Now, a month later, we have another chance to see the vehicle – and this short clip gives us a far better look.

The video you see attached here comes from Instagram user eviil_srt and was first unearthed by MoparInsiders. It shows what appears to be a blue Charger SRT Hellcat Widebody at a dirty parking lot during, most likely, filming of a promotional video.

From what we are able to see here, we can tell the performance saloon is about to get some small but stylish visual tweaks. Aside from the obvious wider wheel arches and beefier bumpers, there’s also a new body-coloured spoiler. A set of wider wheels and a massive diffuser at the back with two integrated exhaust pipes complete the kit – at least, the part of it we are able to see from the low-quality clip.

This Charger has nothing to do with electricity:

Rumour has it the widebody treatment for the Charger will come with an additional 10 bhp from the supercharged 6.2-litre V8 engine which will result in a grand total of 717 bhp. Other improvements should include a tweaked suspension setup, standard electric power steering, and 20-inch wheels shod in 305/35 ZR20 Pirelli tyres. Word has it Dodge is also planning a Redeye variant with Challenger SRT Hellcat Redeye-matching power of 797 bhp.

The American manufacturer hinted about the widebody version of the Charger with a concept revealed at the SoCal LX Club’s 14th annual Spring Fest at Auto Club Raceway in Pomona, California in March. We expect to see the production vehicle in just a few weeks.

Note: Dodge Charger Widebody Concept pictured in the gallery below.