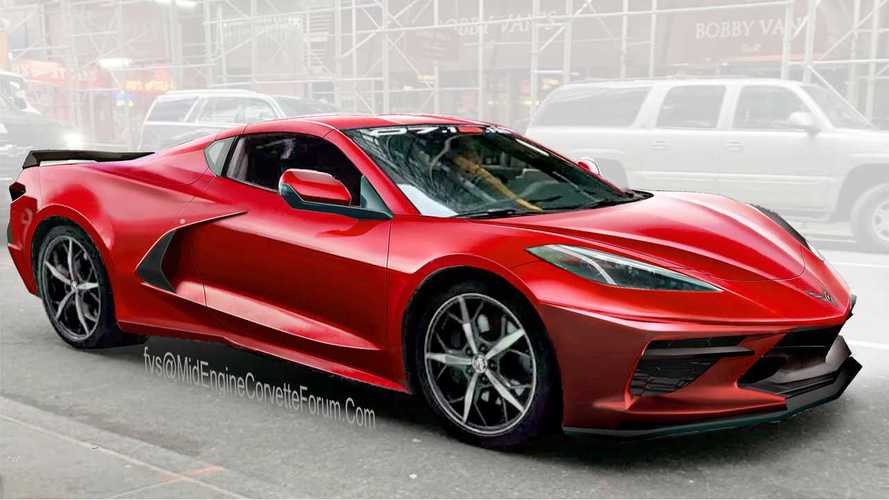 It's based on the prototype shown in New York, and it looks amazing.

For a few months, it looked like Chevrolet was going to unwrap its new mid-engined Corvette at the 2019 New York Auto Show. That didn’t happen, but something C8-related did go down in the Big Apple. Last week, Chevrolet rolled through the city in a camo-wrapped Corvette with camera crews on hand to document the big announcement that a new Corvette was coming on July 18.

It wasn’t the grand reveal we were hoping for, but that didn’t stop our friends over at MidEngineCorvetteForum.com from sort-of turning it into one. We’ve featured quite a few renderings from forum member FVS, and this latest offering at the top of the page seeks to digitally unwrap the very prototype GM CEO Mary Barra flaunted in New York. Compared to previous renders from FVS (in the gallery below) this could be a near-complete look at the new C8 Corvette.

Some of the edges are a little rough on the new creation, and it’s still likely there are sneaky false body panels under the wrap in key locations to throw us off the scent. Areas around the lower front fascia are hard to dial in, and there’s still some question about the exact shape of the side vents. Aside from that, FVS followed the visible lines on the highly detailed Chevrolet “spy” shots and swapped the camo for a delicious shade of red. We won’t know for certain just how accurate this rendering is until July, but if we had to hedge our bets, we’d say this is pretty darned close to the real deal.

Chevrolet hasn’t offered any other details about the hotly anticipated supercar since announcing the reveal date. We couldn’t even get the automaker to comment about the small stickers on the mirror and door that resembled Zora Arkus-Duntov – the Chevrolet engineer who first envisioned a mid-engined Corvette back in the 1960s.

We’ve spent nearly three years catching glimpses of prototypes, uncovering patent applications, and digging for inside information about the C8, so we can wait three more months to get full disclosure.