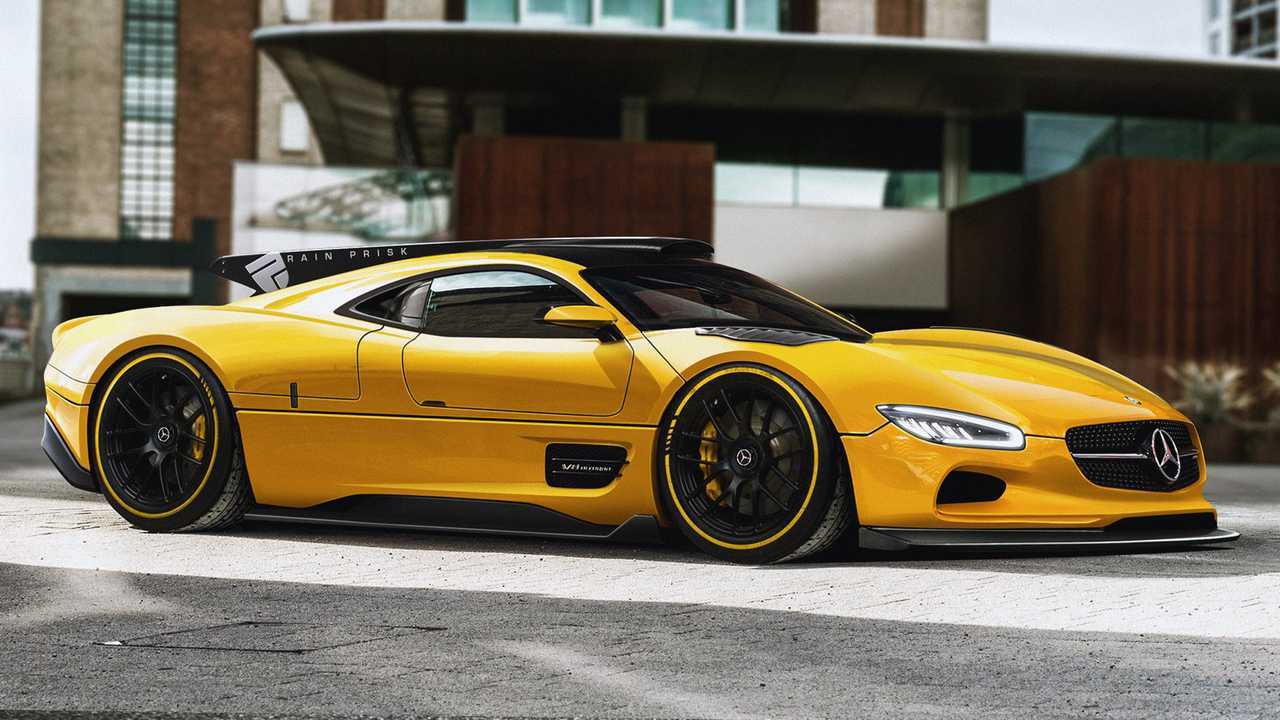 Thanks to independent automotive designers, we often have the chance to see what cars that we’ve been dreaming about could look like. This is exactly the case with this quite interesting rendering – it comes from Rain Prisk, who we’ve featured many times on our pages, and depicts a modern-day interpretation of the legendary Mercedes-Benz CLK GTR.

First, if for whatever reason you are not familiar with the original CLK GTR, let us briefly tell you some of the most interesting facts about it. It was produced by AMG in 1998 and 1999 with only 30 examples built in total. Each one was assembled by AMG at the Affalterbach factory between the winter of 1998 and the summer of 1999.

Watch How The Mercedes CLK-Class Evolved Through The Years

It was a V12 mid-engine beast with 604 bhp and 572 lb-ft of torque. Also, it was one of the quickest accelerating cars of its era with a 0 to 62 miles per hour sprint in 3.8 seconds. Mercedes-AMG listed it for more than a million pounds, which made it the most expensive production car ever built at the time, according to Guinness Book of World Records.

Now that you know all these facts, it’s not hard to agree the CLK GTR was a rather special vehicle. Thankfully, this new virtual drawing from Prisk imagines what appears to be also a stunning project, combining lines from the original car with cues that are now part of the German company’s design DNA.

If we had to name our favourite element of this rendering, it’s got to be the roof-mounted air scoop - it’s clearly inspired by the same detail we find on the Mercedes-AMG One and we love it. The two-tone wheels, carbon fibre additions to the bumpers, and the overall predator stance are also spot on.