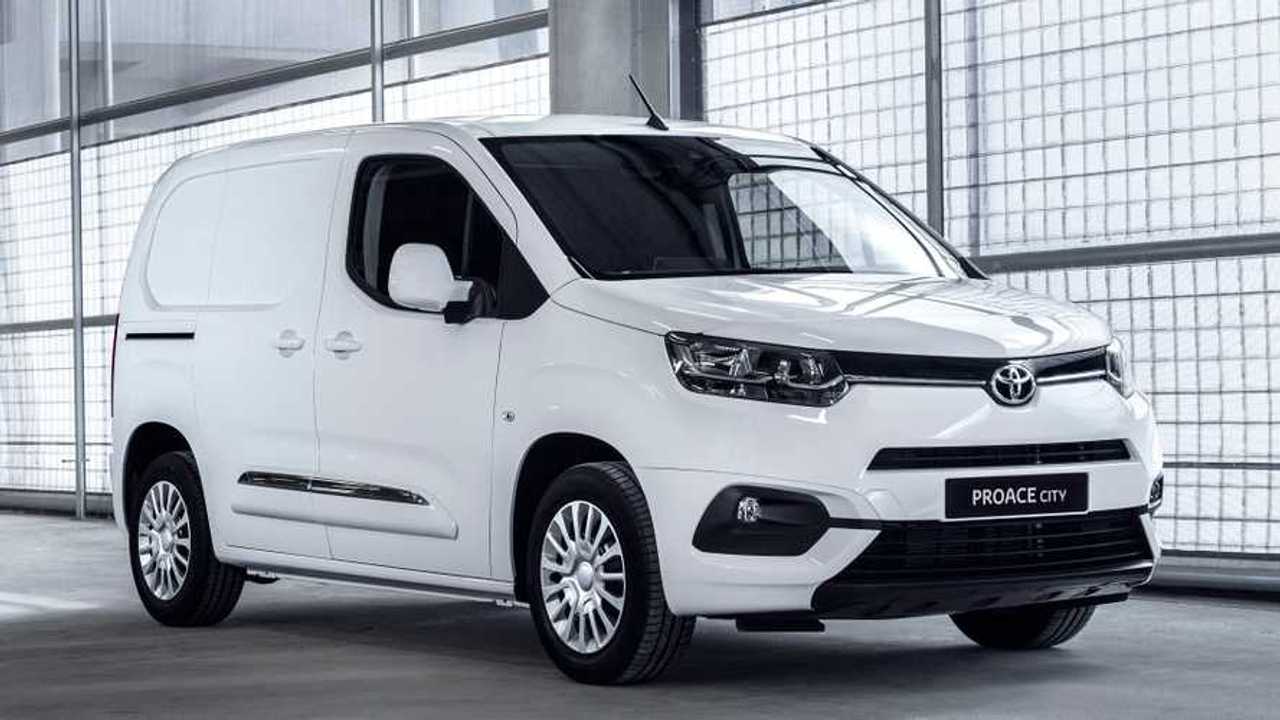 Newcomer will be offered in a range of configurations to suit business needs.

Toyota has revealed its new Proace City small van ahead of this year’s Commercial Vehicle Show in Birmingham.

Unfortunately, Toyota HiAce Convertible is for Australia only

Built to rival the likes of the Vauxhall Combo and Ford Transit Connect, the van will be the smallest model in Toyota’s commercial vehicle range. Developed in tandem with PSA - the owners of Peugeot and Citroen - it will sit below the Proace medium-sized van and the Hilux pick-up.

Customers will be able to choose from a range of body styles, with Toyota offering the vehicle in panel van and Verso passenger-carrying guises. The former will come with a two- or three-seat front bench, while the latter will ditch the central front seat in favour of a centre console and fit rear seats, as well as extra side windows.

With two different lengths on offer, customers choosing the panel van get between 3.3 and 4.3 cubic metres of load space, while the passenger version gets a choice of five or seven seats. Long-wheelbase versions, meanwhile, will also be available as crew-cab variants that include a van-like load bed, as well as a second row of seats. And the options keep coming, with customers getting the choice of asymmetrical rear doors or a top-hinged tailgate.

And there's even more choice up front, with a range of engines available. Power outputs will range from 74 bhp to 128 bhp, and customers will get a choice of five-speed manual or six-speed automatic gearboxes.

Full prices and specifications have not yet been confirmed for the UK market, but in Europe, Toyota has announced a range of standard safety systems, including traffic sign recognition, lane keeping assistant and cruise control. There’s also a “coffee-cup” warning system that recommends the driver take a break on long trips.

The vehicle will also be equipped with an eight-inch touchscreen infotainment system fitted with Bluetooth connectivity, as well as the Apple CarPlay and Android Auto smartphone connectivity software. It can also offer navigation and online functions, including 3D mapping and voice commands.

Other features on offer include a head-up display that presents the major driving information such as speed and navigation directions. A rear-view camera is also available to help with manoeuvring in tight spaces, while customers can also choose the Smart Active Vision pack, which uses two cameras and a ceiling-mounted display to show the driver a real-time view behind and beside the vehicle, allowing them to “see” through the metal panels.

And consumers expecting to take their vehicle across challenging terrain will be able to opt for the Toyota Traction Select system, which is essentially a clever traction control. Using a rotary controller, the driver can choose between Normal, Snow, Sand and All-terrain modes, which re-tune the system to suit the conditions.