Sales of diesel HGVs should be banned from 2040, report claims 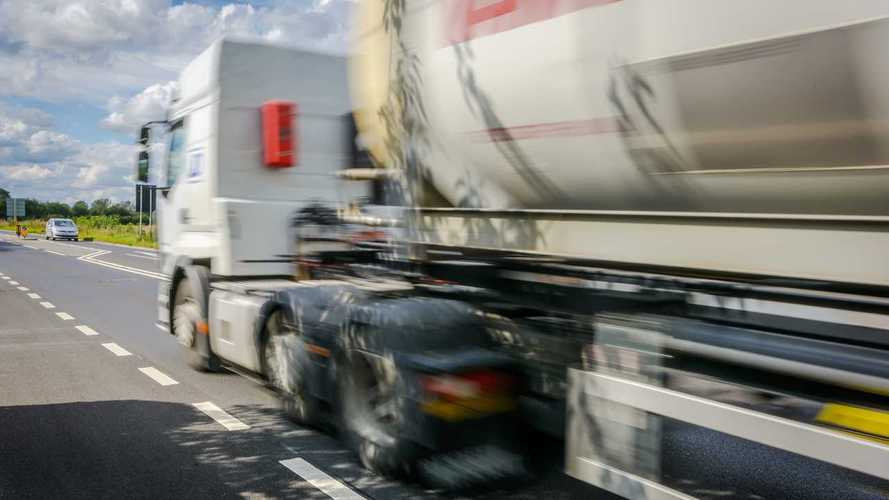 The National Infrastructure Commission also said the UK could decarbonise road and rail freight by 2050.

The sale of new diesel HGVs should be banned from 2040, according to a new report into the future of freight transport.

The research paper, which was written by the National Infrastructure Commission, found that the UK’s freight system makes a “significant contribution” to the UK’s greenhouse gas emissions, with vans and HGVs accounting for 32 percent of the country’s emissions from transport. And the research also claimed that HGVs and vans make up almost half (46 percent) of the UK’s total nitrogen oxide pollution from road transport.

More on HGVs and the freight industry:

In the short term, the NIC suggested moving from road transport to rail and sea in a bid to reduce emissions, but the organisation said even this would not facilitate full decarbonisation. Instead, the NIC is proposing a switch to alternative fuels, pointing out that electric vans are becoming viable alternatives to petrol- and diesel-powered vans, while various fuels are being considered for HGVs.

As a result, the NIC recommended that by 2021, the government should announce a ban on the sale of new diesel HGVs from 2040, in the hope of completely decarbonising road freight by 2050.

The foreword to the report, written by NIC chair Sir John Armitt CBE, commissioner Bridget Rosewell OBE and commissioner Andy Green, said the freight industry had to adapt to reduce emissions and congestion.

“Action on carbon emissions is needed across all aspects of the economy and everyday life, and worsening congestion is harming the economy,” it read. “While freight may only be one of many contributors to these issues, the sector must play its part in the solutions.

“Delivering change of this scale will require a new relationship between government and the freight industry, taking account of all types of freight transport. This relationship must consider freight’s land needs to realise the best outcomes for society and freight.”

Christopher Snelling, head of UK policy at the Freight Transport Association (FTA), said the NIC’s recommendations were feasible, but only with government support.

“The logistics sector is more than willing to make the permanent switch away from carbon-based fuels, but the government must first ensure the infrastructure and funding is in place to support this,” he said. “The FTA is calling for the government to make the necessary investments into alternatively-fuelled vehicles before acting upon the NIC’s recommendation to ban the sale of new diesel HGVs by 2040.

“Britain needs the logistics industry to deliver 4.1m tonnes of goods every day of the year to every corner of the country, from central London to the Highlands of Scotland in a wide range of vehicles appropriate to the job. There must be support for our industry if changes are to be made, since UK PLC cannot survive without the support of the logistics sector. While gradual change is already taking place within the logistics sector – operators have been moving to new forms of fuels and vehicle for some time – to implement such swift change requires an equally radical government investment. After all, operators cannot magic new vehicles out of thin air.”