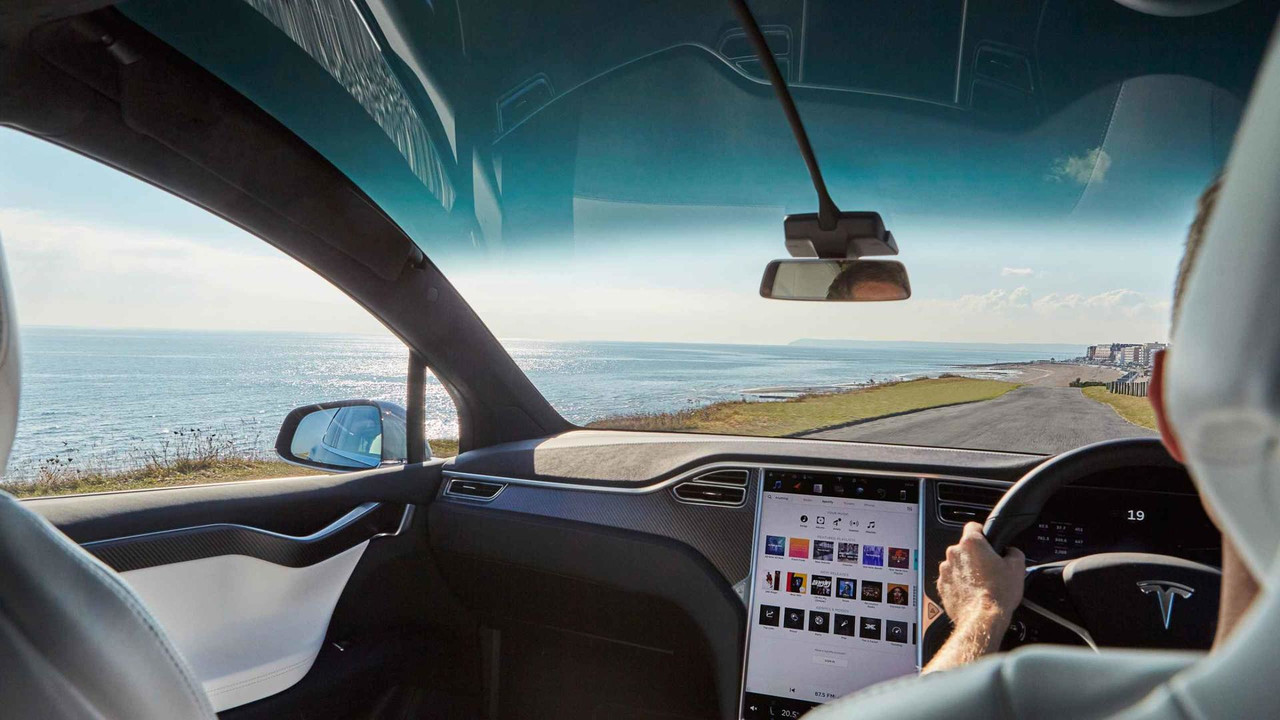 We won't be seeing them on new Jags any time soon.

Ian Callum has penned some of the most beautiful modern cars ever created, so when he talks, we listen.

The long-time Jaguar designer, who also penned the likes of the Ford RS200, Aston Martin DB7, and original Vanquish earlier in his career has said that we won't be seeing any giant Tesla-esque touch screens like the one pictured below in any of his cars though, despite increasing industry trends.

Check out the new Jaguar XE

Jaguar shows what exactly has changed with the XE’s facelift

Speaking at a presentation of the updated Jaguar XE called out the touch screens which are appearing in more and more new cars, responding to questions as to whether he'd be integrating them into his designs by saying: "not if I can help it."

"If you're driving 80-90 miles an hour – and you can in some countries, legally – you don't want to be flipping around an iPad looking to move your door mirrors or your seat controls," Callum is quoted by Automotive News Europe. "You need to be able to feel your way through the car without looking at it for more than a millisecond."

The new XE, which Callum was showcasing, has a pair of screens. One on the top shows important vehicle and driving information, while the bottom one shows less vital things such as climate-control. It also retains some old-school tactile interface features to keep the driver feeling involved.

The 2020 XE is currently available for order in the UK starting at £33,915. In base S-trim the car features standard-issue kit, including an automatic transmission with 18-inch wheels, leather seats, parking and lane-keep assist, rear camera, and LED lights.

The sporty R-Dynamic appearance group is also available at every trim level, from S to SH and HSE. There's a choice of a 2.0-litre petrol that makes either 247 or 296 bhp, but sadly no V6... yet.