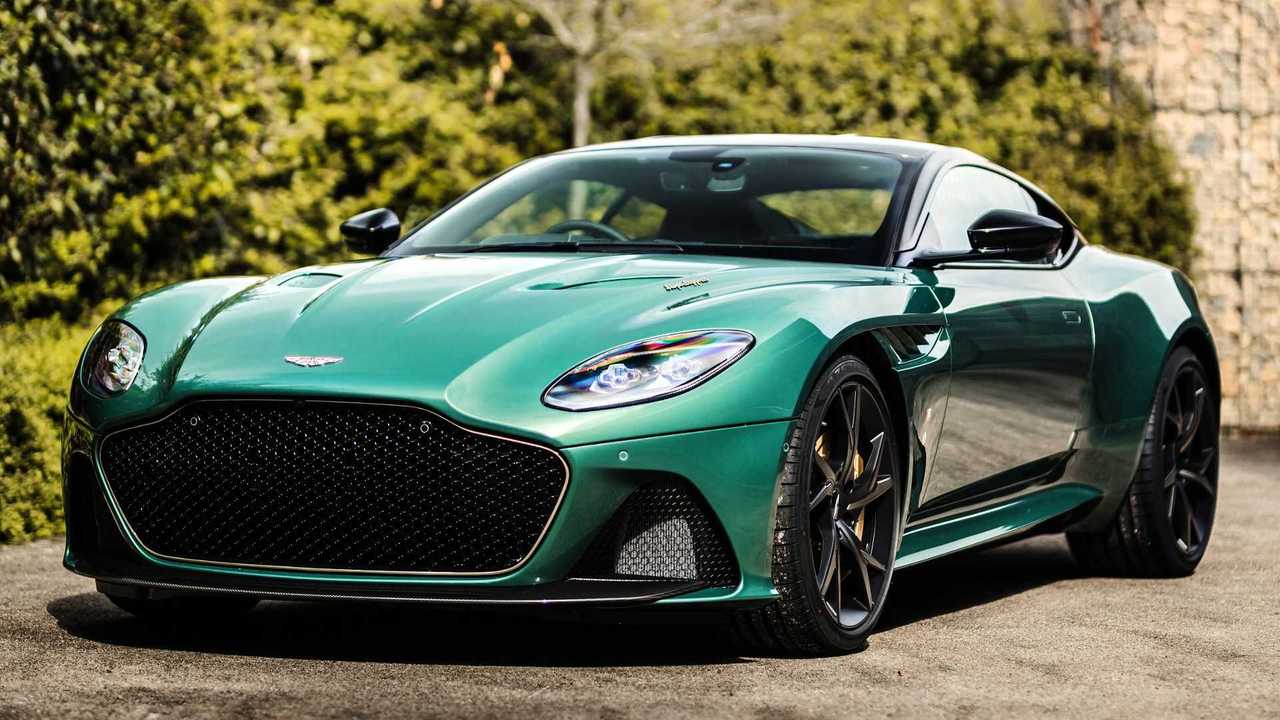 The 'DBS 59', which was commissioned by Aston Martin Cambridge, celebrates Aston Martin's one-two finish in the 1959 24 Hours of Le Mans, with each of the 24 cars in the production run representing each hour of the race.

Other visual tweaks include bronze details – such as the 'Superleggera' badging on the bonnet, bespoke front grille, brake callipers and 21-inch forged Y spoke satin duotone wheels, which nod to the bronze switches and dials on the Le Mans winner. There's also an individually numbered roundel painted on the fender, a bespoke tyre wall arrow decal, and on the Aeroblade there's a foil inlay – once again in bronze – that outlines the original shape, chassis number and engine number of the DBR1 that won Le Mans in 1959.

On the interior the same weave used on the DBR1's seats has been recreated, and there's yet more bronze details with unique bronze shift paddles and a bespoke ‘59 Edition’ logo embroidered on the seatback. The whole interior is finished in Obsidian Black and Chestnut Tan leather. The sun visor is embroided with the exact date the race took place and celebrates the 323 laps completed within the 24 hours.

"The ‘DBS 59’ strikes a careful balance between a timeless design that respects our history and a modern take that celebrates our future," said Aston Martin's director of Q and VIP Sales, Simon Lane. "The DBS Superleggera is the most powerful production car ever produced by Aston Martin and so it is fitting that the 'DBS 59' special editions have been commissioned to mark sixty years since our iconic 1-2 win at Le Mans."