Different auto show, different SUV premiere. It was only a couple of days ago when the Concept GLB debuted at Auto Shanghai 2019 and now the all-new GLS is about to break cover at the New York Auto Show. It won’t be all alone as it’s going to be joined on stage by the A35 Saloon, CLA 35, facelifted GLC & GLC Coupe, and a yet-to-be-revealed EQC Edition 1886.

The GLS will be the most important debut in the Big Apple for Mercedes as the three-row SUV has been a long time coming. Rivalling the BMW X7, the luxury behemoth has been the subject of spy photographers since September 2017 when the first shots arrived, and it’s been gradually dropping camouflage ever since. Now, it’s ready to lose the disguise and show its production metal in NYC.

It goes without saying the latest spy shots – which we’ve attached here – are the most relevant, and these show a fullsize SUV looking like an enlarged version of the GLE. It should be a similar story on the inside, but surely Mercedes has found a way to make the GLS more luxurious to justify the premium it will ask over the smaller SUV.

While BMW has ruled out an X7 M, spy images have shown there will be another GLS 63 to replace today’s 577-horsepower model. Speaking of which, output could grow beyond the 600-bhp mark since AMG has proven its twin-turbo 4.0-litre V8 can develop 630 bhp in the AMG GT 63 S. The performance version will arrive later in the life cycle, during which there’s also probably going to be a high-spec Maybach.

Meanwhile, the world unveiling of the regular GLS versions at the New York Auto Show is scheduled to take place from 3:15 PM GMT+1. Sales of the luxobarge should kick off before the end of the year. 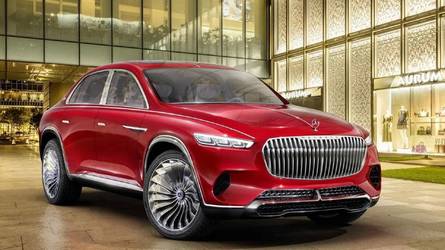 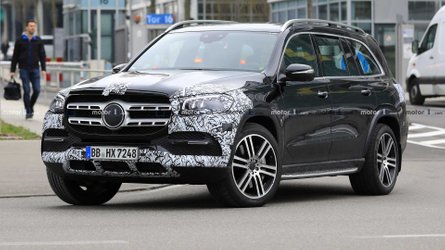