Hot Toyota Yaris spied at the Nurburgring might be next gen 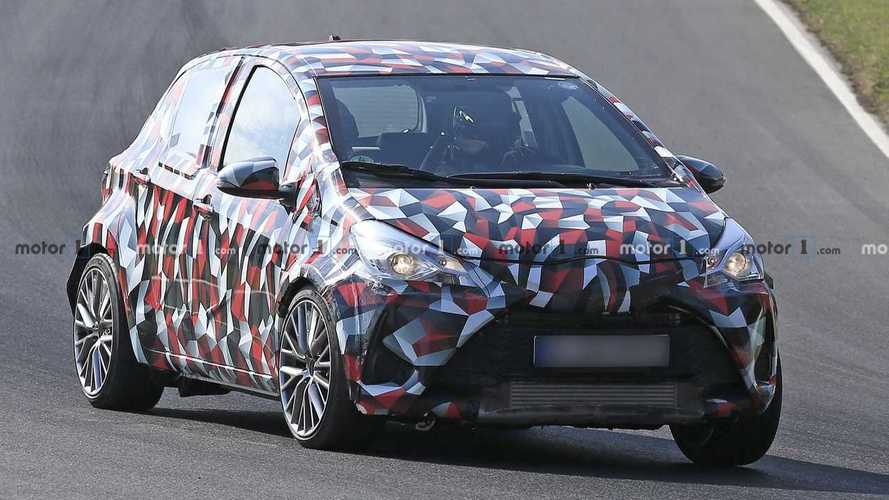 The Yaris may be “new” for the 2020 model year in some markets, but you can trace the supermini’s roots way back to 2014 when the Mazda Demio/Mazda2 upon which it's based was launched. The international Yaris is even older, having been originally launched in 2011 as the JDM-spec Vitz. That means Toyota is working on the fourth generation of its supermini hatchback, and this could very well be it. While the Auto Shanghai is in full swing and the New York Auto Show is just about to start, it’s an ordinary week at the Nürburgring where this rather interesting prototype was spotted.

Why is it interesting? For a number of reasons. Beginning with the most obvious one, the test vehicle is wearing a funky Gazoo Racing Masters of Nürburgring (GRMN) camo wrap we’ve also seen on the Supra. It could be a sign this is a performance version of the B-segment hatch, with the bulging wings, dual exhausts, and fat wheels wrapped in low-profile tyres also pointing towards the same direction.

As a refresher, the current Yaris has already received the full-fat GRMN treatment with a supercharged three-door-only version (although a five-door model was spotted) limited to merely 400 units in Europe. There’s also a warm Yaris GR Sport on the Old Continent with a hybrid 1.5-litre engine instead of the beefy 1.8-litre engine, but still carrying an assortment of hardware upgrades.

Getting back to the car at hand, we are inclined to believe it’s an early test mule of the next generation while carrying most of the current model’s body. We’re making this assumption because it’s likely too late in the life cycle of the third-gen Yaris to be getting yet another spicy version. If this is indeed the next-gen model, we’re looking at an all-new car riding on the TNGA platform already underpinning a variety of Toyotas such as the Corolla and Camry.

According to Auto Express, the new Yaris will be unveiled in production form in October 2019 at the Tokyo Motor Show as the JDM-spec Vitz. The slightly different European Yaris is due at some point next year and scheduled to go on sale early 2021. The fact that Toyota is testing what we believe is the next-gen Yaris in a hot specification could be a sign the GR versions will be out relatively early in the model’s life cycle. As to when the TNGA-based Yaris will arrive, it'll probably take at least two years.