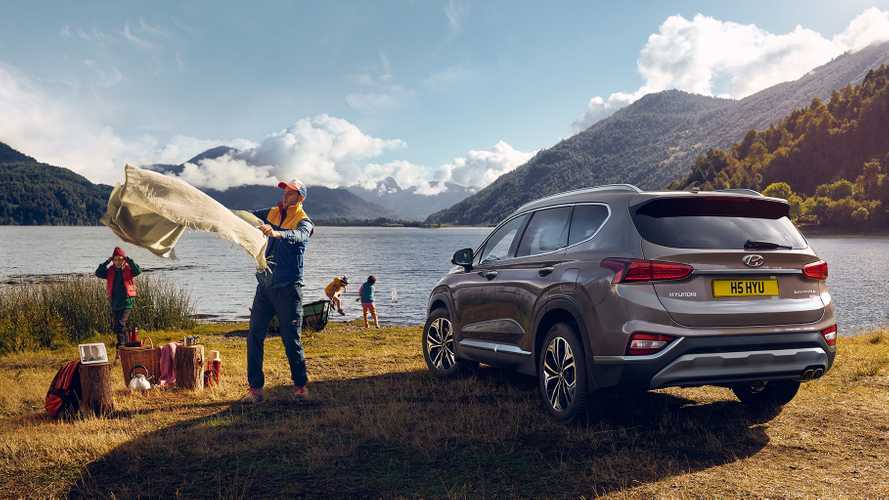 Hyundai is encouraging Brits to get out on the road to enjoy some 'time out' in one of their favourite places with friends or family – or to simply have some alone time on the road.

The Korean manufacturer recently uncovered that most Brits dream of driving through the Scottish Highlands, now it has revealed that Brits will only take their children on seven family days out this year.

It's time to hit the road:

Scotland is the UK's most desirable road trip destination
⠀

VW shows how to stay fit during a road trip

Hectic lifestyles, not being able to get the same time off as the other half, and money issues are the biggest reasons many aren't able to go on as many 'daycations' as they'd like.

A survey of 2,000 adults revealed that on average, parents spend around £700 and covering 300 miles on the seven big days out each year, while 40 percent of those surveyed say they expect to go on five or fewer outings during the year.

Of those that do get the chance to go out, the beach was the most popular destination, beating the park, countryside, zoo and a trip to see a relative.

The study also revealed that children will ask 'are we there yet?' once every 40 minutes, they will first ask to stop to use the toilet 54 minutes into the trip, and 30 percent of parents worry about their children suffering from a bout of travel sickness.

"Families are short on time and they want to make every moment count. While road trips can be difficult with little ones, we know they’re worth it," said a Hyundai spokesperson. "They give children the chance to go on exciting adventures with their parents while mums and dads can get the enjoyment of watching their children experiencing different environments."

"The Easter break is the perfect time to enjoy some precious family bonding – whether it’s a trip to the beach, a walk in the countryside or maybe a play in the local park."

Three-in-ten families reportedly plan to visit a museum, while ten percent will go on a trip to a river or lake.

One-quarter of those surveyed by OnePoll, visit a big city with London topping the list as best day trips ahead of York, Edinburgh, Brighton and Liverpool.

Perhaps most the most surprising thing to come out of the survey is that 'having a singalong', playing 'I Spy' and 'talking to them' are the most popular things to do with kids in the car, rather than letting them play with electronic devices.