Not one, but two Jaguar XJ220 supercars up for grabs 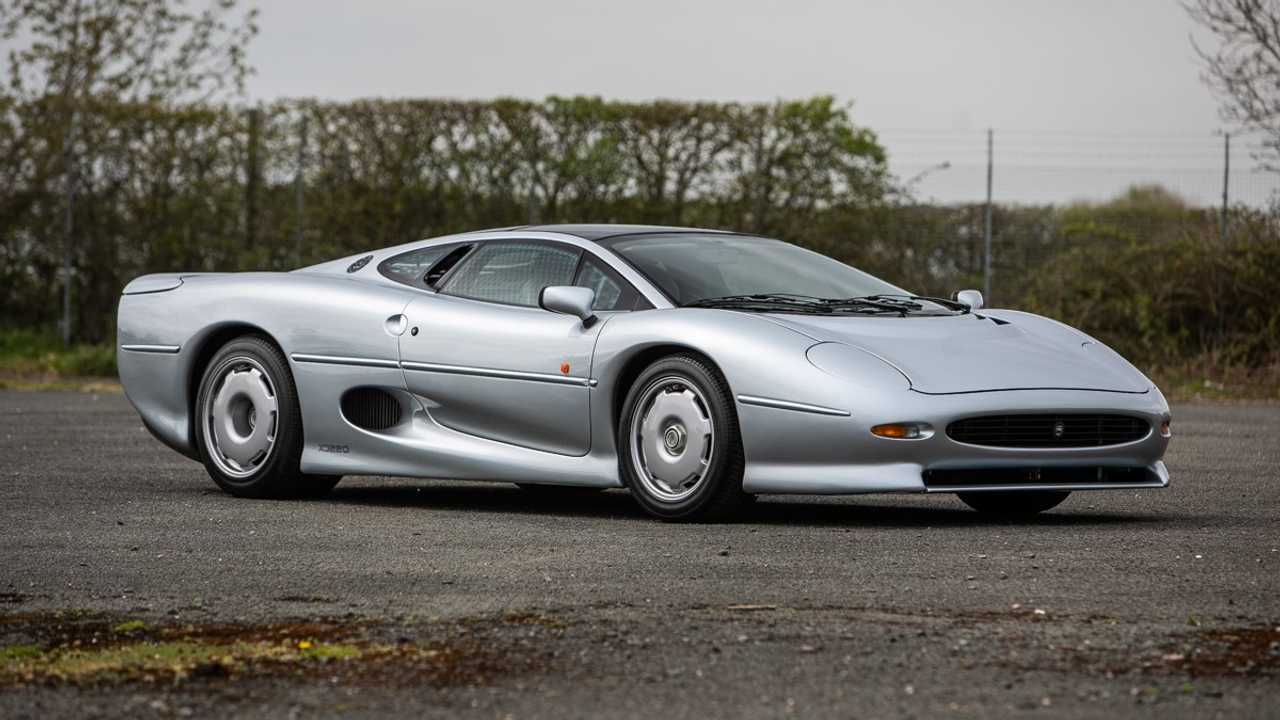 Seeing one is rare, but two?

The Jaguar XJ220 was one of the most amazing, yet disappointing cars of its time. The '90s icon was originally intended to be fitted with a monstrous 6.2-litre V12 engine sending power to all four wheels.

Alas, the production car came with a Rover-derived 3.5-litre twin-turbo V6 engine and rear wheel drive. The compromise wasn't bad, the car still managed to hold the crown of the fastest road-going car on the planet, but it was a far cry from what was promised.

Check out the Jaguar XJ220

Everything You Need To Know About The Jaguar XJ220
⠀

Nevertheless, the supercar has gone on the achieve near mythical status, and seeing one is very much a special occasion. It's still the fastest car ever sold by Jaguar, 27 years after its introduction.

Now not one, but two are getting ready to head to the auction block the Silverstone Auctions May sale of British Marques and Classic cars on the 11th May 2019 at Heythrop Park in Oxfordshire.

The pair are being offered alongside a host of other famous classic Jaguars including eight E-Types, XK120s an XK150, and more modern XJSs and XKRs.

One of the XJ220s heading for sale is left-hand-drive, with the other being a right-hand-drive model. They have just under 13,00 miles and 700 miles on their respective clocks.

The Spa Silver left-hand-drive model recently had £50,000 worth of work done to it at the hands of Jaguar Classic Works and comes with a comprehensive history file detailing all of the works. It also, somewhat rather fittingly, is being sold with the registration plate '220 XXK'. That model is expected to fetch between £300,000 to £350,000.

The other car coming up for sale was uncovered in a private collection in Malaysia a few years back. It is finished in Le Mans Blue and underwent a £25,000 restoration by XJ220 experts Don Law Racing when it arrived back in the UK in December 2015. That one is expected to sell for £325,000 to £375,000.

"The British Marques and Heythrop sale have some exceptional cars being offered and we are very excited to have the two Jaguar XJ220s consigned to us," said Arwel Richards, Auction Manager for the Heythrop sale. "Included in the British Marques sale we also have some fine items of automobilia and some very interesting items for Jaguar enthusiasts including a very rare brass leaping cat mascot."

"We are looking forward to our one day May sale at Heythrop and anticipate some healthy bidding on some wonderful cars and automobilia."

Gallery: Not one, but two Jaguar XJ220 supercars up for grabs