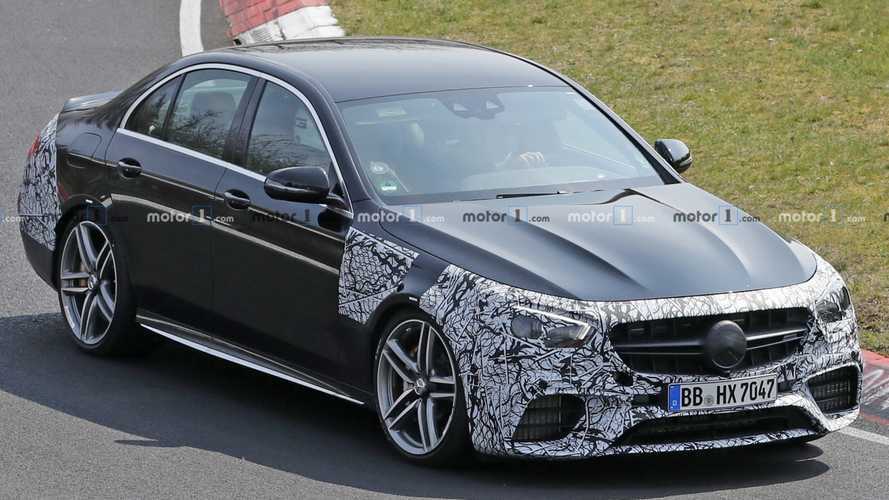 Don't worry, the production model should have it.

With BMW launching an M5 Competition and Audi on the verge of introducing the next-gen RS6 Avant, Mercedes wants to keep its E63 fresh and competitive by preparing a mid-cycle refresh. Seen here are two prototypes of the saloon hiding their revised headlights and taillights while undergoing testing at the Nürburgring.

Despite being mostly covered, the front clusters are clearly showing the new LED daytime running lights signature of recent Mercedes models. At the back, the tiny squares in the taillights are similar to those of the C-Class facelift introduced a little over a year ago. Some changes to the bumpers are also in order, but nothing to write home about.

For some reason, Mercedes-AMG didn’t slap on the Panamericana grille on these two prototypes, but we’re expecting to see it on the final version of high-powered saloon as it would be appropriate for a model carrying the “63” badge. The same goes for the other body styles – coupe and estate.

In both instances, the interior appears to be fully exposed, which is a telltale sign the cabin won’t be going through any major changes. That being said, we’re expecting the Comand infotainment system to be replaced by Mercedes’ swanky new MBUX on all E-Class facelift models.

It’s unclear whether the updated E63 is going to pack more punch than the current version. It’s technically possible considering twin-turbo 4.0-litre V8 engine is rated at 603 bhp in the current E63 S whereas the GT 63 S 4-Door offers 630 bhp. However, it doesn’t necessarily mean the facelift will unlock those 27 horses, especially since Mercedes sees the four-door AMG GT as a step above the E63, so it wants the GT 4-Door Coupe to have the edge over the “regular” E63.

It will be a while before we’ll see the revised E63 since logic tells us the three-pointed star will first introduce the regular versions of the E-Class facelift before coming out with the AMG guns.