Volkswagen SMV revealed as its largest SUV yet 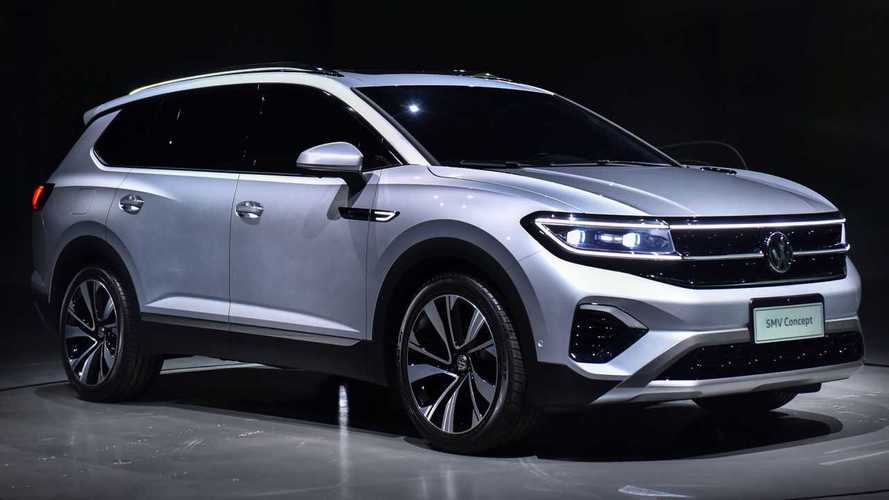 The 5-metre SUV will be going into production within two years, but only in China.

The Auto Shanghai 2019 is in full swing, and you know what that means – a plethora of SUVs since people can’t get enough of them. Case in point, Volkswagen has an armada of high-riding vehicles on display to share the spotlight with the fully electric I.D. Roomzz. One of them is the SMV, which takes the shape of a huge SUV even larger than the Atlas or Teramont as it's known in China.

Audi AI:ME concept revealed as rear-wheel-drive EV for the city

Lexus MPV teased, could be based on Toyota Alphard

At 5.1 metres long, the SMV is slightly longer than the Atlas and is effectively the largest vehicle ever built on the MQB platform. It’s only a concept, but VW through its local joint venture with FAW has already confirmed it will have a production version on sale in China within the next two years. Buyers will get to pick from either an entry-level 2.0-litre TSI engine or a larger turbocharged 2.5-litre VR6 (no, not the Atlas’ naturally aspirated 3.6-litre VR6) reserved for the more expensive variants.

As you’d expect, the new SUV has been engineered with 4Motion all-wheel drive and a seven-speed DSG as standard across the range. In six-cylinder form, it offers a generous 295 bhp and 368 pound-feet of torque channelled to both axles as seen in the aforementioned CN-spec Teramont.

The SUV with an MPV twist isn’t ready to show off the seven-seat interior just yet, but given the sheer size of the vehicle, there should be plenty of room even for rearmost passengers. On the outside, the new SMV looks virtually ready to go into production as even though it’s a concept, there’s nothing extravagant about it. Despite its massive footprint, it doesn’t look bulky at all, and that tall roofline should translate into generous headroom for rear passengers.

VW will build the SMV in China for China, so don’t expect to see the large SUV anywhere else.