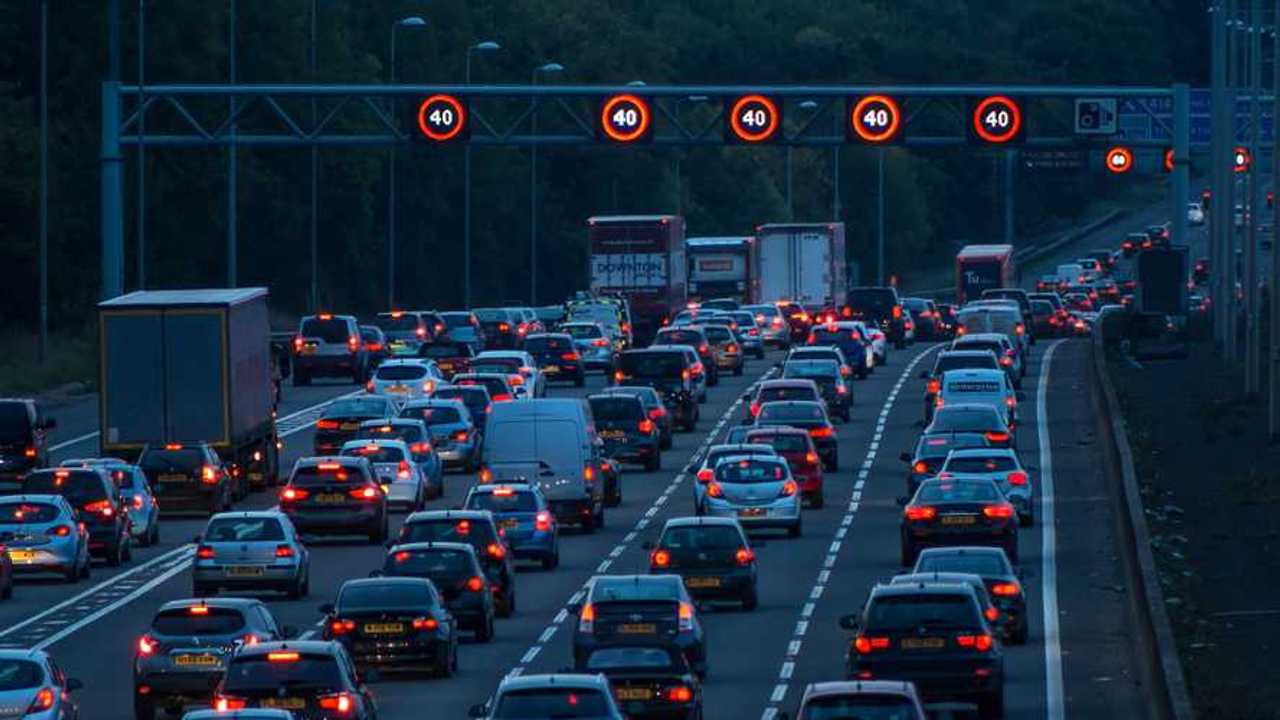 Good Friday is expected to see some sizeable jams.

A second wave of Easter traffic is expected over the coming week as some 27 million leisure trips are expected.

According to the RAC and analytics provider Inrix, around 15 million leisure journeys are expected in the run-up to Good Friday (April 19), while a further 12 million are predicted during the bank holiday weekend. The RAC says it will be the second Easter rush, after predicting 14 million leisure trips last weekend, when the school holidays began.

More on traffic conditions this Easter:

Inrix predicts the worst traffic on Good Friday, between 11am and 4.30pm, with key bottlenecks expected on the southbound M5 near Bristol and the anticlockwise M25 between Bromley and the Dartford Crossing. The M62 between Leeds and Manchester is also expected to be busy, while the northbound M6 between Preston and Lancaster is could see delays of around an hour as holidaymakers head for the Lake District and Yorkshire Dales.

“Drivers in the UK are all too familiar with traffic jams,” said Dan Croft, Incident Group Operations Manager at Inrix. “In fact, the average UK driver lost more than 170 hours to congestion last year. During peak hours over Easter, journeys could take UK drivers three times longer than usual. We are predicting Good Friday will be the worst for traffic from late morning into the afternoon. For drivers looking to avoid the worst congestion, the best options are to travel on Saturday, set off early in the morning and keep updated with real-time traffic data.”

Highways England, which manages the strategic road network in England, has promised to lift more than 400 miles of roadworks over Easter in a bid to keep the traffic flowing smoothly.

The organisation's customer service director, Melanie Clarke, said: “We’re doing everything we can to make journeys as smooth as possible this Easter and that’s why we’re keeping around 99% of the road network we manage free from roadworks.

“Safety is our top priority and we know from experience that almost half of breakdowns can easily be avoided if motorists carry out simple vehicle checks before setting off over this period.”

RAC spokesperson Rod Dennis, echoed her sentiments, saying drivers should prepare for their journeys by checking their tyres, oil and coolant.

“This week we’re expecting a significant second wave of Easter getaway traffic, following that which we saw at the start of April when schools broke up,” he said. “This will mean the coming week and the bank holiday will likely be characterised by lengthy queues in some spots.

“Traffic jams are frustrating at the best of times and while we can predict where some of these will crop up, it only takes a single bump or breakdown for huge tailbacks to form. But there’s a lot drivers can do to reduce the likelihood their car will fail them, and in fact a lot of the breakdowns our patrols attend are completely avoidable if drivers had checked over their cars before they set out. Wrongly inflated tyres, or those with a lack of tread, along with low oil and coolant levels and even a lack of fuel are all typical breakdowns at this time of year. It’s therefore vital motorists spend a few moments checking these things before getting behind the wheel.”