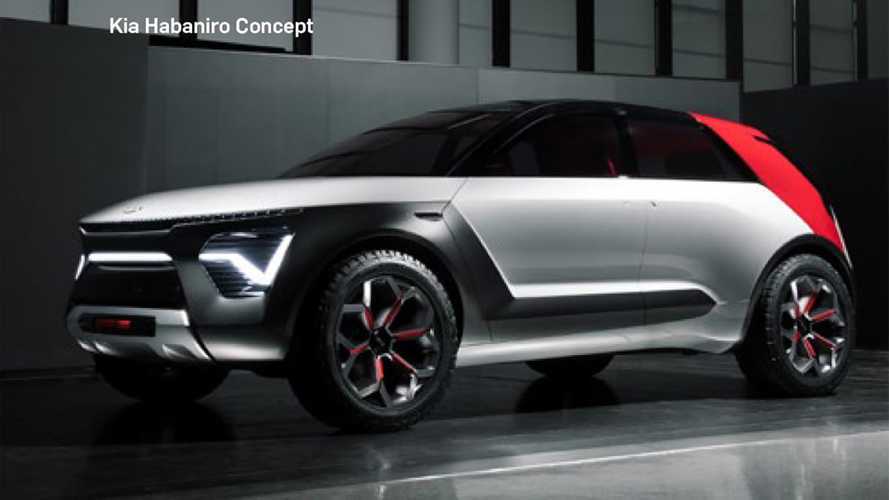 Kia will reportedly bring another crossover to the New York Auto Show, too.

The Kia Habaniro concept will allegedly show the brand's spicier side at the New York Auto Show. If you're missing the joke, the name is a play on the habanero hot pepper. There will be another, more mysterious crossover on display there, too, according to Just Auto.

Check out the latest Kia concepts:

A picture in a New York Auto Show newsletter and first published by Carscoops allegedly leaked an image of the Habaniro concept. While possibly based on the Niro, the company overhauls the little crossover's design. There's a completely different front end, including a W-shaped strip of LEDs across the grille. The body has a three-door layout, instead of the existing crossover's five-door body. This model also has smooth styling with a three-tone colour scheme, including black on the lower area of the front end, silver on most of the body, and a red rear end. The passenger area is entirely blacked out, suggesting that Kia's designers don't have a cabin for this vehicle yet.

There's no other info about the Habaniro, but the similar name to the Niro suggests the concept could have some form of electrification. The Niro is available with a 139-bhp hybrid or plug-in hybrid, in addition to a 201-bhp fully electric version capable of going 239 miles on a charge.

The mystery model goes under the internal codename SP. According to Just Auto, it's a compact crossover. Speculation goes that Kia would export the model to the United States from a new factory in India. The vehicle allegedly sits above the Soul but below the Niro in the company's lineup.